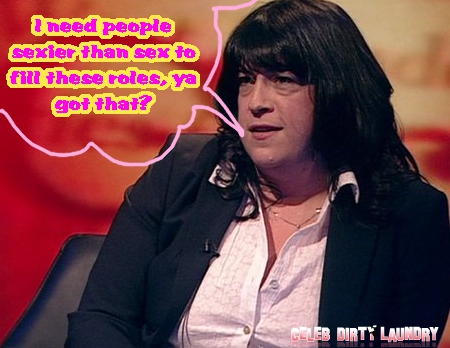 Why won’t these producers stop playing around and just throw some actors into the job already! Goodness sakes! Okay, it’s not like this situation is keeping us up at night or anything (we’ve got more pressing celeb matters at hand), but we’d still like some finalization.

Dana Brunetti and Michael DeLuca, who worked on The Social Network, have been nabbed to produce the film version of the book, but E.L. James has decided to put a damper on things. Yep, she’s an excitement crusher. In a recent tweet she says: “We are so far away from casting the Fifty films … no-one is ruled out… no one is ruled in. Just so you know.”

There’s been a lot of speculation surrounding this particular casting affair. Many people thought that, in light of having settled on producers, the film would be getting closer to final casting decisions — or, at least, decisions on who would play the film’s two main protagonists, Anastasia Steele and Christian Grey. Apparently, this is not the case.

So while we wait for final decisions, let’s play a game: Who do you want to see play E.L. James’s hypersexual creations? If you were brave enough to read the book, whose faces did you see as you turned the pages?