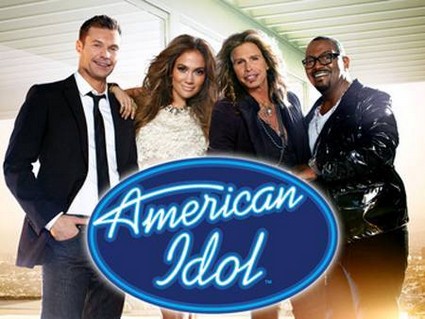 American Idol heads to the Reliant Arena in Houston, Texas tonight for the next round of auditions as the search continues to find the next American Idol.  Let’s  hope they find more talent than they did in Aspen where they were a lot of disappointments.  Out of all the auditions only 31 advanced to Hollywood.  If you missed last nights Aspen auditions or any of the others you can see all our recaps and Idol news here.

Ryan Seascrest said about the stop in Texas, “It’s been a minute since we’ve been here. I think when we came, the consensus was it (Houston) wasn’t quite what we needed it to be.  But I have hope that this year we’re going to find some talent and bring it back to Hollywood. If we can find a handful to take back, we’re in good shape.”

We managed to get our hands on a preview of the Texas auditions and it looks like we won’t be disappointed. Check out the video below and sound out in the comments below and let us know what you think!

We will be live blogging the show with all the up-to-the-minute details at 8 PM EST so make sure to come back to this spot and watch the show with us.  Refresh often to get the latest updates!!  In the  meantime check out the video below!

Tonight’s show: This is the ninth visit for American Idol to Houston and this is where they found Kelly Clarkson.  The crowd in Texas is ready to go!  The first contestant of the day is star struck!

Phong Vu, 25,  from Houston, Texas – He tells the judges he loves them.  He sings Unbreak my Heart and he is not good.  He tells the judges, he feels the pain and he is crying.  Steve tells him he has the passion but not the voice.  He ends by showing them his iconic moves.   It is a NO from all the judges.

We are treated to a string of bad auditions from the guys of Galveston and the judges wonder what is happening.  Cameron Dobbins NO, Lamounte NO!

Skylar Laine, 17, She is working out better than the guys in Texas. ALL Three YES! Skylar is on her way to Hollywood! She got a golden ticket!  CHECK OUT A VIDEO OF HER PERFORMANCE TONIGHT HERE

Bailey Brown, 21, – she auditioned before in season 6 when she was 16 and went home Hollywood Week.  All three judges vote YES and she is going to Hollywood.

Christina Osorio, 28, a single Mom who is going through a divorce – she used her money to pay her lawyer to fly in for the Idol auditions. All three vote yes, she gets the golden ticket and she is going to Hollywood.

Cheyenne James – Steve says, “I’m not sure you have it for this year’s Idol.”  Jennifer freaks and says “Are you kidding me? Again, J.Lo said yes and the other two said NO.

Linda Williams J-Lo isn’t going for it. Randy and Steven said YES!  Jennifer is not happy and lets the men know!

Alejandro Cazares, a cell phone repairman, 26,  He wants a revolution where Lady Gaga is a star and Barack Obama is president, he told the judges. Umm… yah. Isn’t that the world we already live in, Steven asked? He said he doesn’t feel he has support from his friends to pursue his singing dream – not even from his so-called girlfriend. J-Lo tells him “Your voice is not good enough for American Idol.”  Alejandro begs to be able to sing another song but Randy said there is no way he is going to go through. And he doesn’t. Steven said, “Not yet.” Randy is more blunt: “Never.” A security guard had to guide him out.

Cortez Shaw sings Adele’s Someone Like You – He gets a golden ticket and he is going to Hollywood.

Julie Shuman, Steven tells her he bets she is crazy on the dance floor.  Randy tells her she is horrible.  NO!  Vanessa Hernandez, NO!  Erin “Nire” Kettl NO

Ramiro Garcia, 28, – he is a worship leader at the church and he is a bit different he was born with no ears.  He sings Amazing Grace  He can sing, probably the best singer of the auditions.  Steven likes him.  He tells him he is the power of example.  Jennifer says they are talking a leap of faith with him.   He comes out of the room to see his parents with a golden ticket and he is going to Hollywood.  CHECK OUT A VIDEO OF HIS PERFORMANCE TONIGHT HERE

At the end of the auditions 54 people made it through.  The next auditions will be in Portland, Oregon and we will be live blogging the show for you – make sure to stop by.