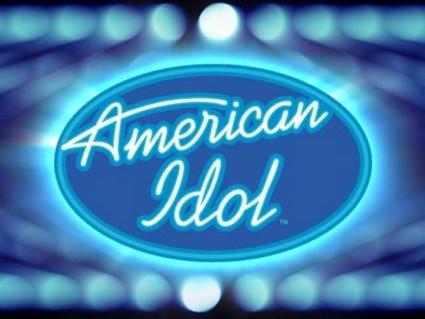 On tonight’s American Idol the judges continue to narrow down the contestants in hopes of finding the “American Idol.” Tonight is the two-hour conclusion of Hollywood Week.  When Hollywood Week began, 309 holders of the golden tickets flew in from different cities of the North American continent.   The contestants were pushed to their limits, ambulances were called as people fainted, vomited and even fell of the stage.  Ryan Seacrest promised this would be ‘The most dramatic Hollywood Week ever’ and he was right, there has been a lot of drama.

60 semifinalists move on from Hollywood Week and will take part in the Las Vegas Round on Thursday, which is also a two-hour show starting at 8 pm.

What did you think of the last week’s Hollywood Week? Was I the only one who felt like it was a total waste of time? Did you miss the actual singing?  Did you think there was too much drama? Sound off in the comments!

We will be live blogging American Idol – Hollywood Week Conclusion with all the up-to-the-minute details at 8 PM EST so make sure to come back to this spot and watch the show with us. Refresh often to get the latest updates!!

RECAP:  42 groups are set to perform and The Betties are first with Jennifer beginning which wasn’t that bad, Cherie Tucker was horrible, Cari mediocre and Gabrielle Cavassa was also horrible. Brianna Bell sang a sole, but it didn’t help her, Jennifer and Cari advance.

Groove Sauce is up next , they start with Reed Grimm. Nick Boddington is up and he’s good. Craighton Fraker is not that good and Aaron Marcellus and Jen Hirsh were good. “That’s the way it’s supposed to be done right there,” Steven says. All of Groove Sauce forward.

Six-Seven-Nine starts with Kyle Crews, then Joshua Ledet who was very good, making both Kyle and Brielle look detached. Shannon Magrane closed it and only Kyle goes home.

Amy Brumfield is sick and her group goes from a quartet to a trio when Jackie faints. Dustin Cundiff starts with forgetting the lyrics and Mathenee over-compensates terribly but is the only one who advances..

The next group is Those Girls and That Guy, featuring Alicia the Cop and Christian the Puker. Christian is ok and is mediocre. J-Lo is yawning. “A little rough around the edges,” Randy says, before sending the entire group home.

Team Area 451 has Imani going down and her group-mates are shocked.

Hollywood 5 hit the stage, led by Ariel Sprague. Eben Franckenwitz and Gabi keep the momentum going. David Leathers Jr. and Jeremy Rosado are ok and they all through to the next round.

Area 451 is next and Imani wants to join them, but she goes down again. Bryce Garcia forgets his lyrics and has Johnny Keyser helping him. Kristi Krause yells painfully. Imani finds her inner fire, but it’s too much and she passes out on-stage. Bryce and Kristi are sent home. Imani vows to show the judges her stuff if they let her solo. They choose not to.  Bye bye Imani.

A lot of people get sent home, including Symone Black, who previously fell off the stage.

MIT, with Heejun and Cowboy are up. Their name stands for Most International Team, nobody’s talking to Cowboy and requests solo time to discuss how he’s compromising. Heejun leads with a very nice tone, Jairon Jackson follows up. Cowboy and Phillip Phillips were terrible, Jairon Jackson closes. The judges agree that the performances weren’t perfect, but that collectively they’ve all done enough to advance.

It’s now a day later. That was it for Group Day after a lot of puking and mediocre singing.

Final Performance time. Contestants will perform with the band and they can also play instruments.

The first soloist is Joshua Ledet, he’s impressive, but he oversings. On his keyboard, Colton Dixon is very good. Phillip Phillips finally gets to pick up his guitar and guess what? He’s suddenly good again.

Jen Hirsh sings “Georgia On My Mind.” The judges give him a standing ovation.

Creighton Fraker has a very impressive range with  “What a Wonderful World”.

Reed Grimm was planning to sing a acappella, but he’s been told by the producers that he can’t perform acappella. He has 30 minutes to prep for something else.

Shannon Magrane gets a standing ovation and Reed is still not feeling well but sings “Georgia on My Mind.”

Skylar Laine is another “Idol” singer who has made a trip to the hospital today for dehydration. J-Lo tells Tyler that Skylar reminds her of Reba.

Solos are all done for today, the judges are deliberating and there are four rooms filled with Idol hopefuls.

In Room One, is Jen Hirsh, Johnny Keyser, Adam Brock and David Leathers Jr. with a bunch of other hopefuls. They’re all going through.

Room Two includes another group with Reed Grimm, Phillip Phillips, Shannon Magrane and other people who are going through.

Room Three is Rachelle Lamb, Sarah Phillips, Madison Shanley and the journey ends for everyone in this room.

Tomorrow night is Vegas night, does what happen in Vegas actually stay in Vegas?