American Idol Season 12 Preview Spoiler – Will This Be The Final Season? 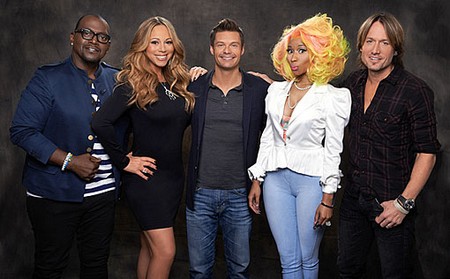 American Idol is a reality television juggernaut made in producer heaven. This massive reality show has been through more ups and downs than a Ferris wheel in Iraq, with an ever evolving format, a recycling of the judging panel, and a storm of world-class singers. However, the latest season of American Idol has been marred with feuds and a promise that this season would be one of the greatest seasons ever. We don’t believe this, unfortunately, as the show will never be able to live up to its former glory. Simon Cowell’s departure from the show not only forced Idol to jump the shark, but it also damaged the format beyond recognition. The sparkling J.Lo and feather adoring Steven Tyler attempted to keep the format afloat for another two seasons, but like their compatriots, they too fell by the wayside of misaligned contractual negotiations and contrived critique.

Fortunately, American Idol doesn’t give up that easily. The latest season acquired judges in the form of Mariah Carey, Nicki Minaj, Keith Urban, and the ousted-not-ousted Randy Jackson. A massive, career defining feud happened a few weeks ago between Minaj and Carey, but most media outlets called it a ratings ploy. It is still up in the air whether this feud was real or not, even though the producers were adamant that it happened. The first glimpse of the new season was released yesterday, and neither Minaj, nor Carey, looked like New Jersey housewives with a penchant for stabbing one another in the throat.

The judging panel (and Ryan Seacrest) wore sickening smiles and Photoshopped buttocks to the shoot. Carey was sandwiched between the thinner than usual Jackson and the always charming Seacrest, while Minaj posed beside the I-wasn’t-invited-to-your-party Urban. Their faces screamed OMG-I-made-so-much-money-from-Idol-girllll, why you no see? The unfortunate picture is devoid of any emotion, personality, and charm. Shame, the new kids on the block need some chutzpah up in this joint.

However, if we’re not blown to pieces by a drunken Mayan who took the Apocalypse theory to heart; this might be the season that kicks Idol into high gear and shifts the focus to a lackluster judging panel carved from the skin of tabloid fodder.  Good luck and God speed judging panel, you’re going to need it. 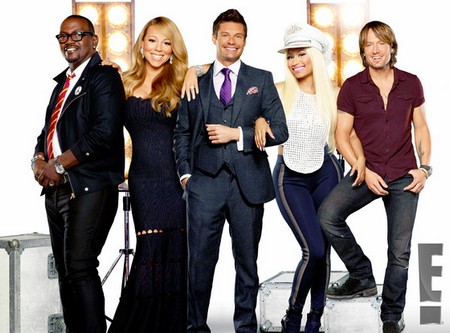