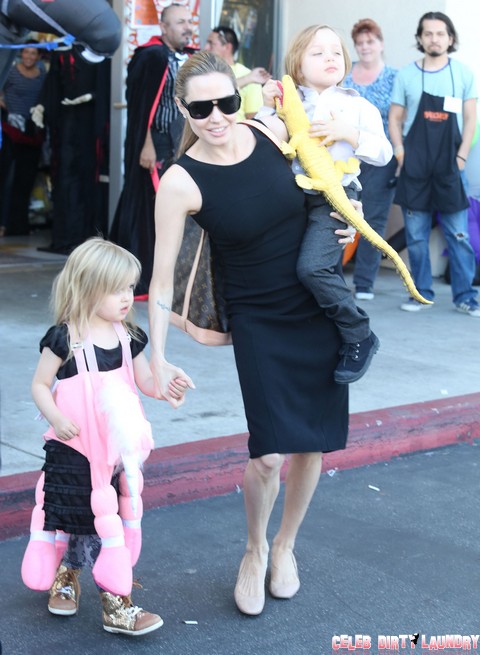 Angelina Jolie, one of the most altruistic and most polarizing celebrities in all of La-La Land, was the target of a Chinese cyber terrorist attack. On Wednesday, at 14:00, the Council on Foreign Relations (CFR) – an elite foreign policy group in the USA – detected a “drive-by” website attack on their computer server in New York City. The attack involved malicious software that penetrated the server and caused visitors and members of the site to risk losing valuable and confidential personal information.  The FBI was informed of the cyber terrorism and subsequently launched an official investigation. Jennifer Shearer, FBI spokeswoman, told the Washington Free Beacon, “The FBI routinely receives information about threats and takes appropriate steps to investigate those threats.”

A private security specialist, who worked on the case on Wednesday and Thursday, said to reporters, “This was a very sophisticated attack. They were looking for very specific information from specific people.” One of those people was Jolie, who is also one of CFR’s members. There’s still no word on whether Jolie was specifically targeted and/or whether her details and information were being compromised during the attack.

Purportedly, the attack only affected Internet Explorer 8 and higher version users, and as we know and understand computing and internet browsers, not many people use Internet Explorer exactly for this reason. (The default Windows browser has suffered through several cyber attacks throughout its history, plus the program is too clunky and bugged to use) The full extent of the attack is still unknown, but security specialists have noted that all visitors and/or members who visited the CFR website on Wednesday were at risk of being compromised.

Is the Chinese regime behind this? Was this a blatant act of terrorism by China? What do you think? Let us know your thoughts in the comments below.