BY Dorothy Gale on May 5, 2012 | Comments: one comment
Related : Courtney Love, Madonna 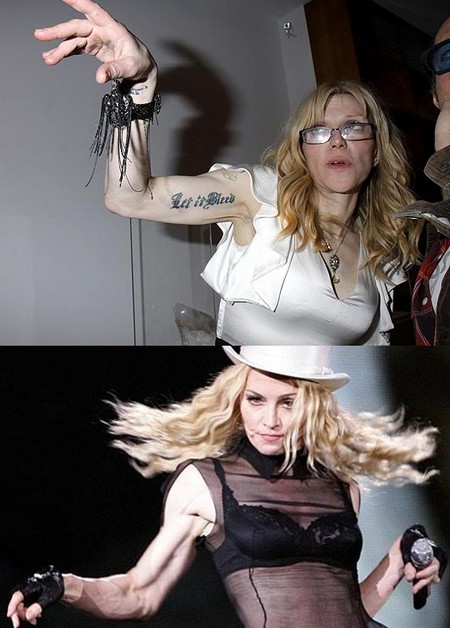 47-year old, Courtney Love was in New York City flashing some veiny arms as she waived to well wishers at a gallery where she was showing off her paintings and drawings at Fred Torres Collaborations and she looks just like Madonna’s twin sister!

I don’t know about you – but both Courtney Love and Madonna creep me out, what they believe is artistic, is just plain creepy.

Both of these women need to concede their crowns, the days of people wanting to hear them sing or see them in the news, are OVAH!

Honestly, can you see either one of these women looking at their own work and saying, ‘Yes, this is great – it totally represents me?’  Do you like Madonna?  How about Courtney?  Let us know in the comments below.