Bethenny Frankel Feuding With Andy Cohen, Snubbed Him On Her Show! 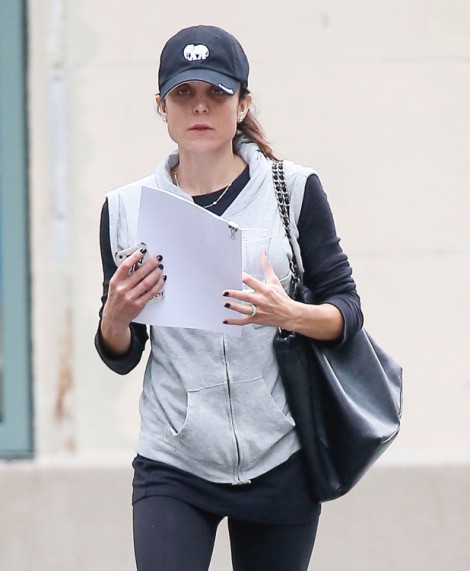 If Bethenny Frankel ever ate solid foods, I’d ask her if she’s ever heard the saying, “Don’t bite the hand that feeds you.” Under the current circumstances I’ll just have to settle with, “B-tch you better check yourself!”

Because it sounds like Bethenny’s letting all that fame go to her head and turning her back on the little people who helped her climb from being the girl who got eviscerated by Martha Stewart on national TV to Ellen DeGeneres’ golden girl. Radar Online reports that Bravo head honcho Andy Cohen is pissed at Bethenny because she refuses to do his show, Watch What Happens Live! and a little sad face over the fact that she hasn’t asked him to come on her talk show yet.

“Bethenny has basically completely snubbed Andy,” a source said. “He has asked her to do his show multiple times over the past year and she has refused because she wants to distance herself from the housewives franchise. Andy is very hurt by Bethenny’s actions because he made her a star by badgering Bravo to give her a spin-off which was enormously popular. Once Bethenny formally signed the deal for her own talk show with Telepictures, she kicked Andy to the curb, never to look back. Andy thought Bethenny would always be loyal to him, but he realizes he got used by her. He has done so much for her, and not just TV wise. During the launch of Skinnygirl Andy proudly promoted it by featuring it as a prop on his show for over two years! Yes, Bethenny is extremely talented but for her to turn her back on Andy is just disgusting. What goes around comes around, Bethenny is on top of the world right now but that might not last. Andy won’t be able to forget how quickly she ditched him once she got her own show.”

Look who’s getting Ramotional now? I get that Andy feels like Bethenny might owe him a couple but Bethenny also did more for the guilty pleasure  franchise than any other housewife. I’d say both backs have been thoroughly scratched. And are you getting the vibe that Andy wants to be a celebrity as the network’s popularity grows? I’ve definitely gotten that impression. He came out with his book and he’s all about his show and tweets pics with Anderson Cooper. It’s all getting a bit much for me. I like the dude. I’m sadly obsessed with his shows but getting pissy because someone won’t ask you to be on their talk show sounds like something Ramona Singer or Jill Zarin would do. He should keep his distance from any of that because you can’t make fun of the housewives when you turn into one.

Is Bethenny Frankel feuding with Andy Cohen, you think? Would Bethenny use someone like that?