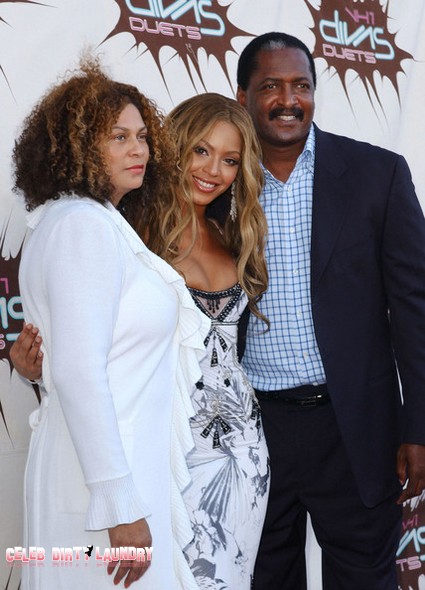 Beyonce’s divorced parents, Tina and Mathew Knowles might be proud of their little granddaughter, Blue Ivy Carter, but even they have had enough! The incessant commercialization of the baby by Jay-Z, Beyonce and their marketing team has made people sick of the name Blue Ivy and disgusted with the infant’s parents. Lots of celebs have made fortunes and created empires by branding themselves – Paris Hilton, Kim Kardashian, Victoria and David Beckham – come to mind – but these people did not use babies to achieve their aims.

I mean enough is enough and anyone who is coherent, or at least awake, has to be nauseated at this point by Beyonce and Jay-Z’s thrusting of Blue Ivy into the public eye. We thought ‘Toddlers And Tiaras’ was exploitive but the Blue Ivy push makes that show look like ‘Sesame Street.’

The Chicago Sun-Times reports:  A close associate of the Knowles says that the grandparents want Beyonce and Jay-Z to “back off a bit and pull back on the publicity they are helping generate for that child.”

Though both of Beyonce’s parents are total pros when it comes to inventing a brand, they think it’s too soon to start that process with baby Blue Ivy and are concerned it may backfire with a public increasingly tired of celebrities using their kids as marketing tools.
And here is an alert for anyone thinking of doing anything with the name Blue Ivy – Jay-Z’s very powerful legal team is going after anyone apart from his family and himself, of course, who tries to capitalize on his baby. Such as designer Joseph Mbeh, who just filed for a trademark for “Blue Ivy Carter NYC,” intended for a line of baby and children’s clothes.

If we all just ignore Blue Ivy, Beyonce and Jay-Z – they will go away.