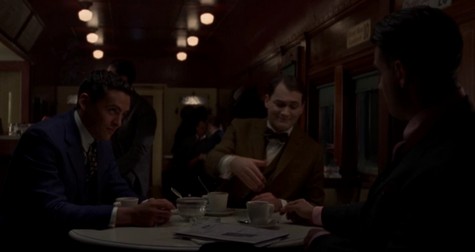 Sunday night was the forth episode of Boardwalk Empire season 2 and it was explosive.  There was so much happening the show flipped between Chicago, New York and New Jersey.  I cannot wait to find out what happens next week when Nucky finds out his men were ambushed and Mickey disregarded a direct order.  We have a sneak peek video and some spoilers to wet your appetite for next week’s episode 5 titled “You’d Be Surprised.”

On the show Al Capone took matters into his own hands in the escalating feud with rival Chicago mobster Dean O’Banion.   Al was not please when Jake was attacked and he decided to teach the man who beat Jake a lesson.  Meanwhile, in Atlantic City, Nucky and Owen find themselves in an unexpected holding pattern in a makeshift warehouse for illegal booze and spent most of the episode there.

Eli totally did not trust Mickey’s judgment on a liquor delivery for Arnold Rothstein in the boss’ absence.  He tried his best to get Mickey to listen to him with no success and terrible consequences.  In New York, a nervous Luciano was called to a meeting with Joe Masseria and tries to negotiate with him.  If you missed this week’s episode we have a full and detailed recap here for you!

Spoiler alert: If you’re one of those people who doesn’t like spoilers, stop reading now! We have some juicy spoilers for you about the season 3 episode 5 of HBO’s “Boardwalk Empire.”

Official HBO synopsis of next week’s episode:  After venting with Nucky about his liquor travails, Rothstein sends Gyp an unequivocal message in Tabor Heights. In Washington, Gaston Means sees opportunity in a Senate investigation of Harry Daugherty and the Justice Department. Billie gets a new co-star to revive her faltering show; Van Alden and Sigrid receive an unexpected visitor; Gillian worries about keeping her business afloat in Jimmy’s absence; Margaret has Awkward moments at the hospital and, later, at Madam Jeunet’s.

On “Bone for Tuna” Arnold Rothstein was not pleased with Nucky and his inability to deliver his booze.   Again on “Blue Boy Bell”  Nucky was unable to deliver Arnold’s liquor shipment because of Gyp and his continued interference.  Arnold was already pissed off and after this week’s failure to deliver Arnold is not in a good mood and and he gives Nucky a dressing down.  Arnold meets with Nucky and tells him, “You have failed to deliver and now you expect me to start a war?” 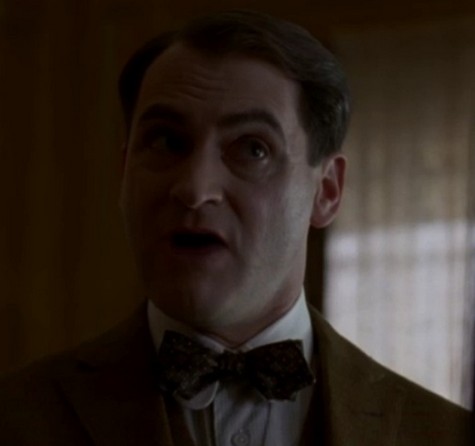 It looks like Van Alden may be in trouble this week.  As he is sitting at his desk reading a newspaper a man comes up to him and says, “It sounds like the Feds finally caught up with you!”  Van Alden looks worried and later we see him listening at the door.  It seems Van Alden and Sigrid are about to get an unexpected visitor.  At one point in this week’s preview we see Van Alden screaming…. 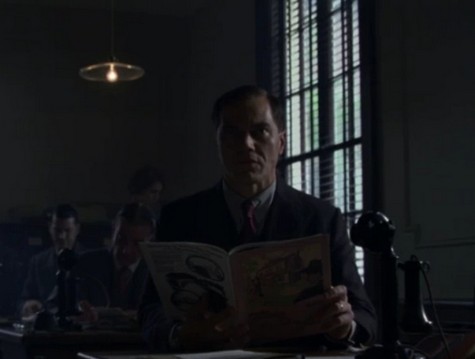 Nucky is not having an easy time of it and Owen asks him if there is anything he should know.  Nucky is certainly not 1/2  a gangster anymore (as we have seen the past 3 weeks) – so I have to wonder what steps he will take to fix the Gyp situation.  It looks like he is certainly planning something in next week’s episode.  Nucky really cannot afford to stand by and let Gyp get away with what he has been doing, it will make Nucky look week.  Margaret asks Nucky if there are too be bodyguards again and Nucky tells her it is just a precaution.  Clearly something is about to go down!  Nucky is making plans just in case things don’t work out. 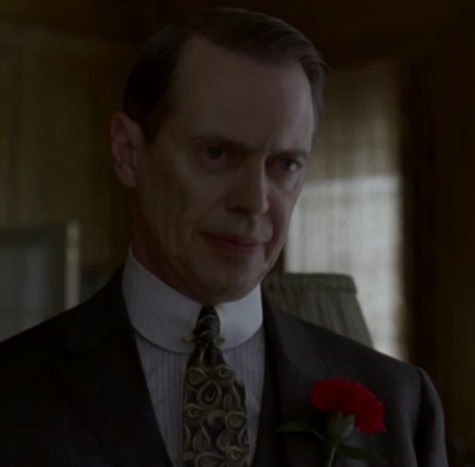 If matters are not already bad enough for Nucky they are about to get worse.  Gyp meets with Arnold Rothstein and Lucky Luciano and offers him the same booze as Nucky at the same price.  Arnold and Gyp shake hands.  At the end of the preview we see someone getting shot and a whole lot more.

Boardwalk Empire Season 3, Episode 5 “You’d Be Surprised” airs on HBO on October 14th, 2012.   Check out the preview video  of episode 5 and let us know in the comments below what you think!