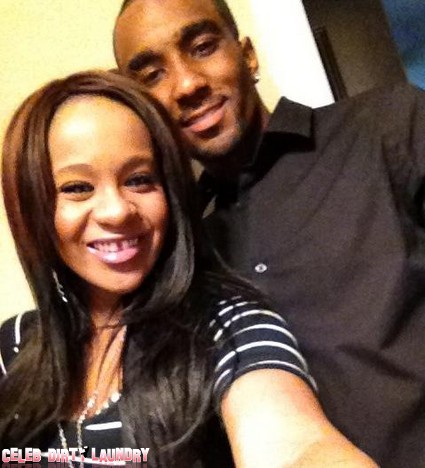 Bobbi Kristina Brown‘s Grandmother is not happy. In fact she’s livid. Furious. Outraged. Angry. And it’s all to do with her granddaughter’s new boyfriend.

According to TMZ …Whitney Houston‘s Mom Cissy Houston is disgusted by the way Bobbi is carrying on with her ‘adopted brother’ Nick Gordon. She’s seen the new footage of the pair kissing and acting all lovey dovey and she says ‘what they’re doing is incestuous‘. That’s a pretty strong word! She reckons Whitney’s daughter is struggling to cope with the events of the last five weeks and Nick is taking advantage of her at this sensitive time.

Of course Nick is not a biological brother or even blood related to Bobbi Kristina. He’s a guy Whitney took in during the 90s when he fell on hard times. Bobbi and Nick have grown up together hence why they are referred to as brother and sister…but the Diva never formally adopted him so it’s not as incestuous as it first sounds. But none of that matters to Cissy – and she’s determined to put an end to the relationship.

One way Cissy can try and pry the two apart is through her lawyers. She’s asking the Whitney Houston Estate to get Nick and his belongings evicted from the family home. The lovebirds are both living at the property at the moment and that’s got Grandma Houston very worried! But she might have even more reason to worry when she reads this. Celeb Dirty Laundry covered another development in their relationship here Bobbi Kristina Brown Engaged To Step Brother