Brad Pitt Has A Boy’s Night Out, Leaves Angelina Jolie Behind 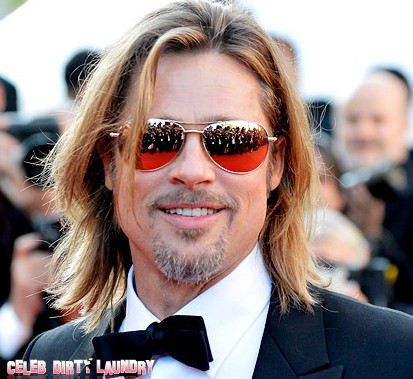 Every guy needs a boy’s night out occassionally, and after his rompings at the Canne’s film festival, actor Brad Pitt decided to indulge himself by treating himself to a night out with his pals . . . and Angelina Jolie, his soon-to-be wife, was not one of them.

After Brad finished watching the premiere of “Killing them Softly,” a new film featuring Brad, Ray Liotta, and Richard Jenkins, he was seen having a THRILLING time at an after party.

Reportedly, the actor dropped huge wads of cash on extremely expensive bottles of whiskey and there appeared to be an unlimited supply of cigars for him and his buddies: Diddy, Ray Liotta, and Chris Tucker. Sort of an interesting mix of gentleman, right? We wonder what on earth they had to talk about. . .

Well, apparently, Chris was overheard joking about the time when Brad came to him asking for help with his comedy goals. Comedy career + Brad Pitt? Interesting. We’re glad he stuck to the whole borderline “serious” actor . . . he has the potential to be a funny dude, but let’s be real, one can only be so funny when they’re in a relationship with Angelina. (She doesn’t like to smile that much).

Chris said: I didn’t take him seriously then although looking back I think I definitely should’ve. In fact, lemme at him, lets get busy Brad!

What do you all think about Brad ditching Angelina for a night? Do you think she’s finally loosening her collar a bit? Let us know what you think in the comments section below!