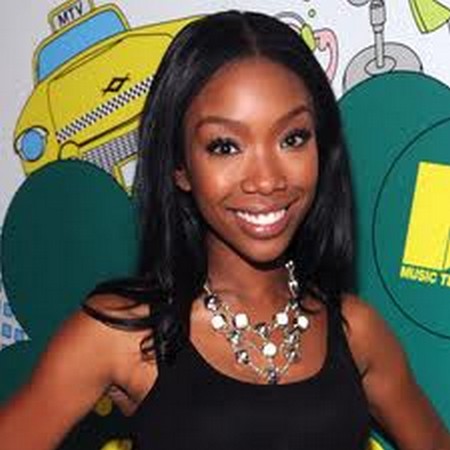 What’s going on with Brandy Norwood, the elder sister of Ray J and first cousin of Snoop Dogg? I mean what the heck is with that Norwood Family now?  Brandy was on the E! Hollywood set where Whitney Houston was also and apparently Whitney passed her a note that she had written.  Now Whitney gave this to her just a couple of days before she passed away and now everyone wants to know just what did Whitney write to her.

Brandy is not saying one darn word, Shh…!  Now Brandy has a special coming up and I’m just wondering is she just using this to bring more people to watch her show, Hmm…  If she is that’s just more than a little shady.

Oh! but let’s not forget the promos for her special, Brandy says, “Oh when I heard Whitney died I fell to the floor and starting crying, we were so close”.  Yeah I’m really going to promote my special with that.  Not so much chica.

Ok enough about Brandy let’s just move this along to Ray J.  Ray J has to pay back a radio station $26,000 for not showing up for an appearance at CoxRadio in South Carolina in 2010.  Hold the phone caller, did you say, “2010”!

First of all why is Ray J getting paid $26,000 just to show up? I mean what is he going to talk about, the fact that his newly released book is not selling. The book I guess was supposed to be a tell all, but honestly is there anything that hasn’t been published or said already, so big surprise, no sales.

Next question is why didn’t he show up – it’s not like he’s got sooo! Much to do.  That album he came out with at the end of his and Brandy’s reality show, “A Family Business”, didn’t go anywhere so what is he doing?  Look bobocito! Pay the people because they gave you money up front to be there and it’s already going on to 2 years.  This is not a good way to do business.