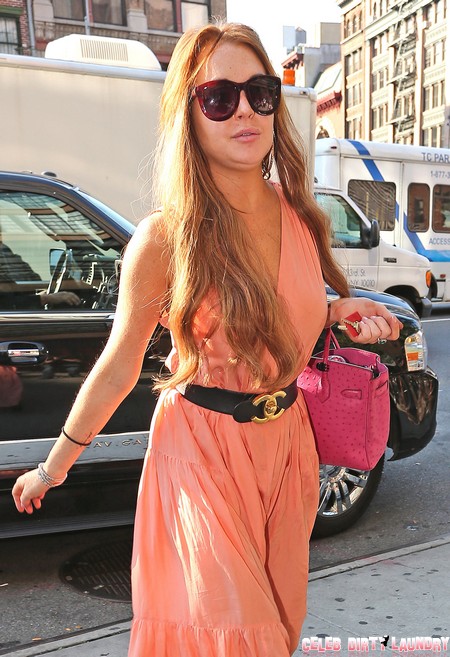 Everyone’s favorite Disney child actress is at it again! We thought she was going to clean up, pull it together, start working, and rebrand herself, but I guess it was too much to ask of America’s party princess! TMZ reports that Lindsay Lohan hit a pedestrian as she was parking her car in NYC! One of her passengers checked the other car and guy, decided it wasn’t a problem, and so they went into their hotel! Obviously these people in the car didn’t include her huge legal team or publicist, who could have taught her that bumping into other cars and people and leaving before the police arrive is completely unacceptable!

In traditional Lindsay fashion, she left the hotel around 2 am, at which time she was arrested for leaving the scene of an accident. TMZ reports that she didn’t have to stay in the slammer overnight, but left with a “desk appearance ticket . . . meaning she did not have to pay bail before release.” There are no allegations of substance abuse during the incident.

The victim is in the hospital, but the source says he was hit so lightly, he didn’t fall or have any visible injuries! I would encourage him to milk this and sue Lindsay, but we know she doesn’t have a dime left to her name! The best thing she has going for her right now is a Lifetime original movie.

Do you think this is just classic Lindsay, or an honest mistake? Can she really change? I guess we will find out the details in court!