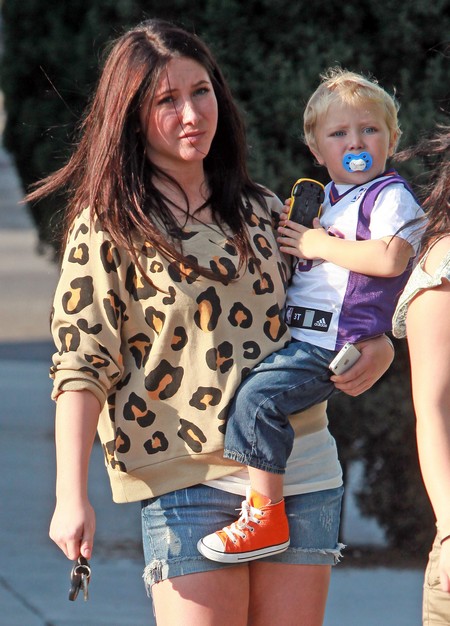 I cannot believe that Bristol Palin is opening her mouth about gay marriages!  After Obama’s speech in which he raised $1 million dollars for gay marriages in 90 minutes, she came out with her ignorant comment.  Shut up already!

Bristol said on her facebook that, ‘We know in general that children grow up better with a father and mother in the house.’  She’s an expert of course, being unmarried and raising a child on her own – not so much! And who of all people bashed her but JWoww from the reality TV show “Jersey Shore”.  She tweeted that Bristol was “uneducated and a hypocrite.”

Now of all people JWoww was the last person that I thought would be a gay advocate but bravo to her.  You know what she is practical the only mature person in that shore house so I shouldn’t be surprised, good going chica.

Speaking of surprises no one should be surprised at that the words that are coming out of Ms. Palin’s mouth, I mean she’s not known for being smart, money can’t buy that, and believe you me the Palins have money.

Look mija (girl) leave politics alone, after all it hasn’t really helped anyone your family, yeah pun intended!  Just raise your kid as a single mother and stop commenting on the rest of us.  Of course this is the same hypocrite who had the nerve to parade around college campuses preaching celibacy – and got paid almost $300K to do so!  Thank you but shut up!