Britney Spears Is In! – She Joins The X Factor USA For $15 Million 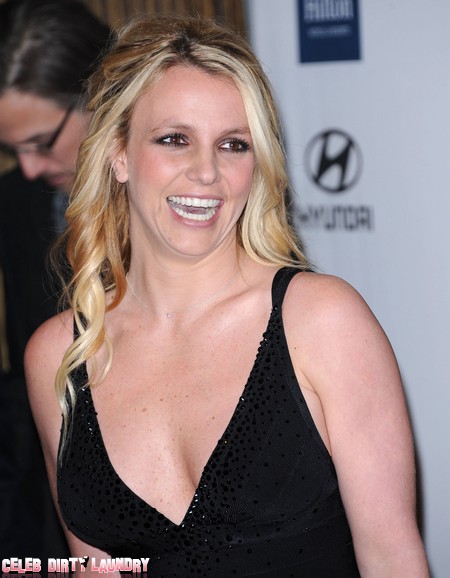 Britney Spears has at last officially signed on with the Simon Cowell’s The X Factor USA to be a judge.  Cowell has been desperate to do something to boost the shows disappointing first season ratings.  He hopes people will tune in just to see remarkable spectacle of Britney attempting to do live TV.

They will have to find special ways to buffer Britney from the inevitable stresses and conflicts that arise on reality TV.  After all, Britney is still under conservatorship following her total mental collapse in 2008.  In fact her fiancé, Jason Trawick, is currently petitioning the court to become Britney’s co-conservator.

The $15 million salary demanded by Britney’s owners conservators was the big sticking point according to E! News which broke the story:

“That was the big sticking point and now, thankfully, it’s been sorted. All they need to do now is work out the smaller points. The fact the money is now set, means that there is nothing stopping this from becoming a reality.”

Radar Online reports:  “Britney’s conservators will be formally signing the contract by the end of this week at the latest,” a source tells RadarOnline.com. “Britney can’t legally sign any documents because she is under the conservatorship. She is thrilled to be joining the show and is very, very excited. Britney has always been extremely supportive of artists trying to make it into the business and it’s a natural fit for her. Britney will be traveling to the out of state auditions and the schedule will be worked out so she won’t miss any custodial time with her sons. The boys will have their own playroom on the X Factor set so Britney can spend as much time with them as possible.

“Britney’s team is almost ready to sign the contract but before they can do so the lawyers needed to get approval from Judge Reva Goetz, as all business transactions, contracts, etc., need to get formal approval,” the insider says. “Judge Goetz wanted to talk to Britney in person to make sure this is something that she wanted to do and that she was capable of doing. The judge was extremely impressed and Britney is very, very excited to become a part of Simon Cowell’s show.”

So there you have it folks – Britney as a new judge the X Factor USA!  Of course there is many a slip between the cup and the lip… as they say – will Britney really be able to handle live TV?  Does she even want to?  What so you think?  Let us know in the comments below.