Britney Spears Paranoid that “X-Factor” Execs are Plotting to Kick her off the Show! 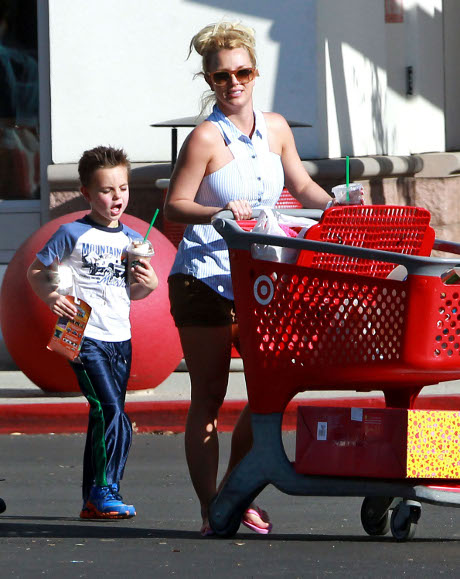 The emotionally poor Britney Spears is crying under that pasty X-Factor make-up every week, because she fears network executives will fire her. According to a new National Enquirer report, “Britney was in Demi’s dressing room, crying her eyes out because she’s cracking under the strain of producers constantly coaching her on how to be more outgoing, talkative and constructive on-camera.”

We do believe that being a judge on X-Factor is no joke, because a massive responsibility rests on one’s shoulders. However, we doubt Britney would be fired from the show, as she’s been the only judge so far to really stand out and work well with her acts – Carly Rose Sonenclar might win the entire competition. The Enquirer’s insider reveals, “[Whenever Spears] sees the execs huddling and talking in hushed tones, she thinks they’re conspiring to get rid of her.”

Paranoid? Perhaps. The Enquirer continues on to quote Spears as saying, “They hate me,” and reveals that “she knows she won’t be back next season.” It’s quite the story that Enquirer runs, and if there’s any truth to it, the show would experience a magnificent loss – a loss Simon Cowell cannot afford.

If Britney were to leave the end of the second season, X-Factor might not return for a 4th or even 5th season. Her departure would result in a massive loss of viewership figures and sponsors. In fact, Britney is the only one who still keeps the sinking X-Factor ship afloat.

The usual gossip myth busters over at Gossip Cop say that the Enquirer made the story up and that it’s a big ball of baloney. Whether it’s true or not, the rumors will not dissipate until the third season’s casting begins and the new judging panel is appointed. We doubt Simon will stick to the current tried and tested formula of Khloe Kardashian’s campiness and Demi Lovato’s misaligned critique.

What do you think? Do you think Brit-Brit is out-out? Let us know your thoughts in the comments below.