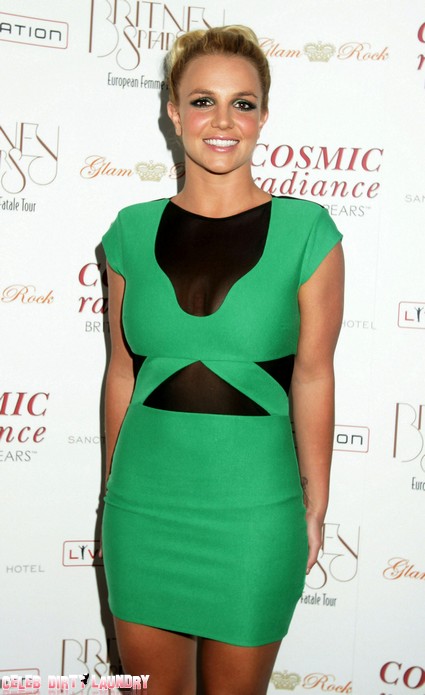 It seems to be taking forever to get Britney Spears and that X Factor contract signed, sealed and delivered. But the ink is almost dry on her $15 million dollar payday. She just needs the legal OK from her Dad Jamie Spears and team of lawyers.

According to TMZ…the basic deal has been struck – both parties are just working out ‘the fine points‘. That could take a few more days. Then the paperwork has to go to her father. Why you might ask given she’s 30 years old? Well Brit’s Dad is still her conservator. That means he controls all her business wheeling and dealing and looks after the money. He’s been in charge since her very public meltdown a couple of years back. Her lawyers also need to rubber stamp the contract as well.

Simon Cowell is very eager to get the Femme Fatale on board and start the ball rolling on season two of the X Factor USA. He told TMZ ‘I would love to have her on the show. I think she would be a fascinating person to sit next to‘. But he still needs to fill the other vacant seat on the panel. Who will sit next to Brit?  Simon needs new faces to replace both Paula Abdul and Nicole Scherzinger after swinging the axe after season one.

Whoever ends up sitting next to the superstar will want to be considerably cheaper than ‘it’s Britney bitch‘. Her pay packet is around five times what Paula and Nicole were making combined…