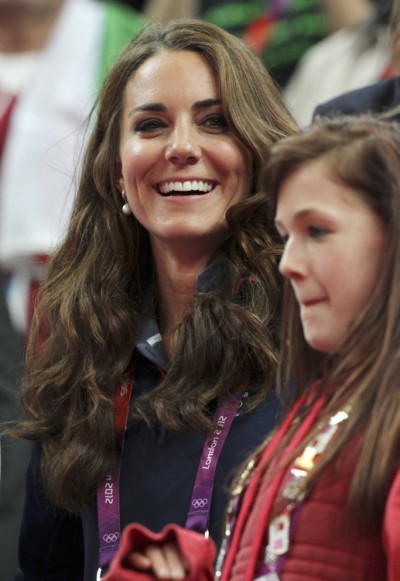 Kate Middleton was readying herself for the upcoming royal tour to the South Pacific and picking up some last minute odds and ends in her Welch home town when she found herself a little short on change. The Duchess of Cambridge tried buying a wetsuit at the beachside Funsport store but quickly became embarrassed when she realized she didn’t bring a credit card or her wallet. You know who else doesn’t carry money? The Queen… just saying. While security waited in a car outside, Kate asked store owner Dave Buckland if she could put the suit on hold and pick it up later. He apparently has been living under a rock for the past two years and asked for her name! According to the Daily Mail, Kate smiled and replied, “Mrs. Cambridge.”

“He was looking straight at her and actually commented that it was quite an unusual surname. He hadn’t a clue who she was. She just smiled and said she’d be back,” a source told the Mail.

How awesome is that? I would die! I would know who she was but I would pretend I didn’t. It’s cooler that way. Are you surprised she didn’t run back to the car and ask her security dudes for a loan? Is that un-princesslike? I would have been all like, “Hey Bert can you spot me a fifty? I’m good for it I swear!” I guess Kate doesn’t roll that way. She’s pretty conscientious about not wanting to appear to take advantage of her position even in silly situations like this.

What do you think of Kate referring to herself as Mrs. Cambridge? Cute, right? It’s totally interesting since no one really knows what to call her. The media refers to her as Kate Middleton still because it’s easy but technically Prince William’s name is Wales even though the House name is Windsor. This is complicated. Perhaps she felt Cambridge was less conspicuous than Wales?

And I initially thought Kate was buying the wetsuit because she wanted to tag along with William and take up surfing but now I imagine she was just picking one up for the South Pacific tour. A princess can’t rent a wetsuit, can she? That would be too… unhygienic? Perhaps she thinks if she can show William how good she is in the Solomon Islands he will bring her along the next time he and Harry catch some freezing cold waves in Cornwall. I wonder if he wants her to suck. Sometimes you just want to keep your hobby away from your spouse!

Do you think we’ll spy any publicity photos of Wills and Kate surfing together on their tour? What do you think of  a future Queen that hangs ten? I think it’s pretty bad ass myself!