CDL Exclusive: I Can Has Cheezburger’s Emily Huh and Will Sharick on Their Bravo Docu, LOLwork 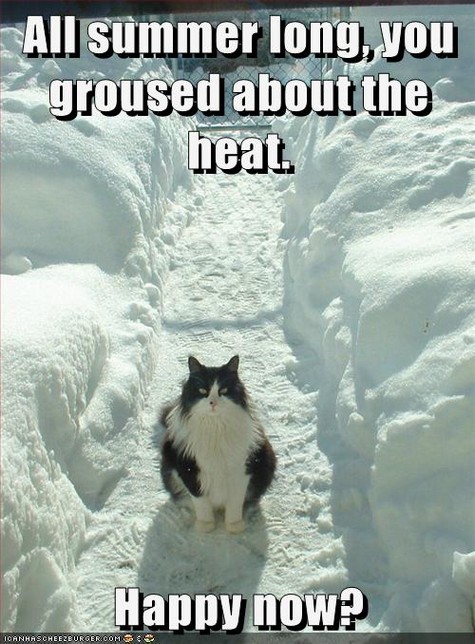 Celeb Dirty Laundry had the opportunity to ask Emily Huh and Will Sharick three super important questions regarding world cat domination, the future of I Can Has Cheezburger, and what makes for an excellent picture on their website.

Emily, the wife of CEO Ben Huh, is the editor-in-chief of the hilarious LOLcats meme site, while Will is the content supervisor and resident cat fanatic. Will also ensures that every cat on the site receives the respect and attention they deserve.  I Can Has Cheezburger’s 30-minute documentary is airing on November the 7th, on the Bravo channel. Titled “LOLwork”, the cameras will go behind the scenes of Ben Huh’s masterful meme offices.

It will finally be revealed what it takes to make cats funny with grammatically incorrect captions and an Itteh Bitteh Kitteh Committee crafted in a cat lover’s heaven. Ehrmagerd! Let’s dress up our cats, hide from the Basement Cat, and tune in at 11PM ET to watch these really funny peeps do their thing.

What in your opinion is the key ingredient for a successful caption and image on your site?

Emily Huh: I think there are multiple parts of, you know, what makes a successful caption. Number one, you have to have a great picture. You know, if you have a really funny or cute picture I think that is the first step. And then I think second, you know, having a caption that’s really simple, you know, really easy to understand. If it’s complicated it gets, you know, people don’t seem to understand it. You know, our world is very much you have to understand something in less than 10 seconds so it just needs to be able to, you know, be understandable and connect with other people.

Will Sharick: Also a key ingredient to a great caption for any image on our site is to have the ability to be creative and have the imagination to look at that picture and be able to tell a story about it besides what you actually see, you know, and it’s just kind of creating a new narrative to what’s actually happening in the picture.

What do you have planned for the future of the site? Are there any interesting new developments?

Emily Huh: Well we’re always wanting to create new sites. You know, I Can Has Cheezburger?, the show was focused on a smaller subset of what we’re all about. And we’re always trying to create new sites whether they’re animal based or other – or based on other means. But really kind of in general, Cheezburger, we’re trying to become a social humor platform to really allowing users to be more engaged with the content. So if you want to create a cat Web site you should be able to create a cat Web site. And, you know, we want users to have more of an interactive experience with the content instead of just looking at it but actually being part of the content.

I’m a massive animal lover. I have eight cats. If you could ask the cats any question on Earth and receive an answer, what would it be?

Emily Huh: That’s a really good question. Number one, I also commend you on having eight cats. That’s awesome. I think I would ask cats when will you take over the world, because I feel like cats will eventually – I’d just like to know when so I can prepare myself.

Will Sharick: Well that’s a – that is a good question because I talk to my cats all the time because I feel like they understand everything that I say. So I haven’t really spent a whole lot of time thinking about what question I would ask them since I talk to them all the time. But I think I would have to ask my cats if there are gay cats because I think my cats might be gay. But they’re also brothers so they’re not dating. They’re just both gay.