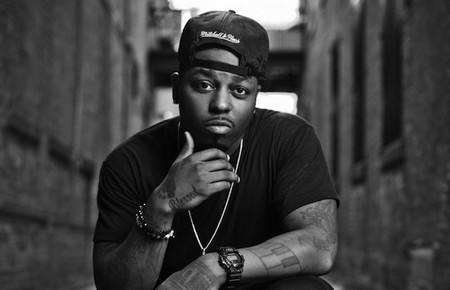 Jermaine Dupri is probably one of the most famous record producers in recent history. He worked as a producer on an impressive slate of music acts’ singles and albums, including TLC, Mariah Carey, Lil’ Kim, Aaliyah, Kris Kross, and The Braxtons. His record label, So So Def Recordings, established in 1993, has had some of the most famous acts in the urban music arena cross its path, including Anthony Hamilton, Lil’ Bow Wow, and J-Kwon. This music legend is at it again with his latest act, Fresco Kane.

Celeb Dirty Laundry had the privilege to interview Fresco one-on-one and ask him about his career, his personal life, and his professional relationship with his mentor and guide, Jermaine Dupri. Fresco is not only one of the hottest up and coming rap acts in the music scene, he is also a down-to-earth, humble, and all round inspiring person.

Fresco’s ESTL mix tape is being released mid-December. Already being touted as a “much anticipated release”, the mix tape features Fresco’s first single titled Hot, and also a strong array of other mega-hit singles. When you’re done reading our exclusive interview with Fresco, you can pop over to his website – follow him on Twitter –  and watch his video for “Warning”, produced by Shawty Redd

What does the immediate future hold for you regarding your music career?

Right now we’re getting ready to shoot my first video for my song called “Hot” that is going to hit MTV and BET. Also, I have a mix tape coming titled “ESTL”, meaning East St. Louis – where I’m from. It comes out December 4th.

Where in the music industry would you like to be in 5 years time?

On everybody’s TV, on everybody’s iPod, and everybody’s CD player, in everybody’s face. I would just like, you know, like to be somebody that puts out consistently great music. Hopefully on like a worldwide tour!

What was the biggest obstacle you had to face during the making of your mix tape?

I love making music and I have a lot of songs, so my biggest obstacle was probably picking the right songs to go on the tape.

Will a tour coincide with the release? And if so, are you able to tell us more about the tour plans?

Hopefully! I think I would like to get on the road promoting once “Hot” comes out.

Will this tour be U.S. only?

Comparisons have been drawn between you and Kanye West. How do you feel about this comparison?

That’s great, haha! That’s cool man, because Kanye is like one of my idols! That’s awesome.

If there’s any artist you could collaborate with, who would it be and why?

Definitely Kendrick Lamar – he’s completely different and I like that. Wiz Khalifa definitely, because he’s like probably one of the coolest dudes on earth.

What drew you to this specific genre of music? Why this? Why not something else?

While I was growing up, I played a lot of instruments from like 4th grade on, until I graduated high school. And I have always been a fan of all types of music, but when I began rapping at 13, I didn’t take it that serious, but I really stuck to it and I started singing a couple of years after that.

What are the most valuable lessons about the music industry Jermaine Dupri taught you?

Patience – simple as that. People think you get a deal and you’re supposed to be on TV and all that. It’s a hard process. He’s prepping me and he told me a week ago, “You’re ready now.” And for him to say that… Man, that’s great!

What is your greatest inspiration to draw from in life when writing new songs?

I would probably have to say my kids and my family. That’s probably my best inspiration, that’s why I go so hard and work so hard.

What in your opinion makes for a great artist?

If you could give advice to young artists who are starting out in the music industry, what advice would you give them?

Do you think shows like X-Factor and American Idol create a good platform? Or are they overrated?

According to your biography, Jermaine Dupri was interested in signing you mere hours after meeting you. What made him decide on you that day?

Well, we were actually going to an interview and he said that I looked like I already had a record deal and I acted like it, because I wasn’t afraid to talk, to show who I really was. And when my music came on, you know, I started talking to him. And then he started following me on Twitter.

Are you friends with Jermaine Dupri in your part-time? Or is it mostly a professional relationship?

It’s mainly professional, but we’re getting to know each other at the same time. We kind of do hang out, you know? 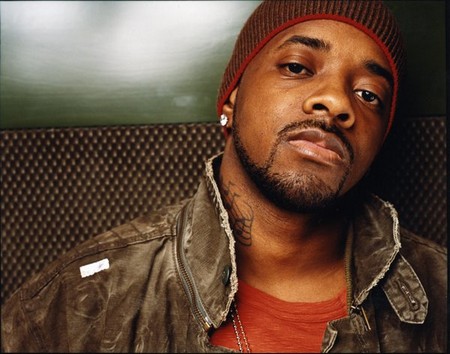