CDL Exclusive: Interview with ‘My Man is a Loser’ Writer and Director Mike Young 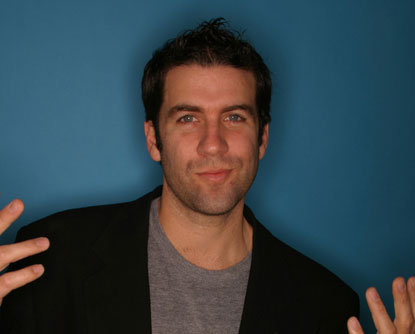 CDL recently had the pleasure of sitting down with the hilarious comedian, screenwriter, and director Mike Young — the man behind My Man is a Loser, a great comedy about a married couple who employs the help of a raunchy playboy who, despite his own rocky romances, helps them get reacquainted with intimacy. The crazy womanizing playboy in the film is played by actor John Stamos, who is, clearly, stepping out of his comfort zone. But, as Mike Young told us over dinner, “John is absolutely perfect in the role.”

Now, one never quite knows what to expect from a film director in this crazy movie business, so while we were waiting for Mike to arrive at the Hotel Americano in New York City we were a bit unsure of what to expect. But when this down-to-earth dude, dressed in a relaxed outfit of shorts and one badass Marvel superhero T-shirt, strolled into the restaurant with an ear-to-ear smile and an ever present enthusiasm, we knew My Man is a Loser had scored the perfect man to help steer this film toward success.

The sheer amount of enthusiasm Mike and his crew harbor for this movie is refreshing and that passion — for good comedy, for good acting — was definitely seen translated on the set we visited. On choosing the role of Mike, one of the film’s main characters, Mr. Young said, “There was no other guy. I immediately knew I wanted John for the part.”

Another actor that was considered for the role was Peter Facinelli (Twilight); however, Young always knew in his heart-of-hearts that Stamos was the man for the job. He had a sneaking suspicion that, despite his naivety in this adult comedy genre, Stamos had the necessary acting chops to bring a raw, natural energy to the film that would be unmatched by any other actor. “He’s a brilliant, brilliant actor,” said Young. “And a comedic genius.”

Mike Young assured us that we will be blown away by this movie, which will be released in the early part of 2013. The film will be heading into post-production very soon and we can’t wait to see what becomes of this comedy. It will be very interesting to see how, with such a vibrant cast, this movie fares in the seemingly endless abyss of comedy films. What will make this one stand out? How will an audience react to John Stamos in this new type of role? One thing you all can definitely look forward to is John Stamos throwing out a few F-Bombs . . . . bet you never heard that come out of his Full House mouth back in the day, did you?

Celeb Dirty Laundry wishes to thank 360i and Step One of Many Entertainment for providing us with this wonderful opportunity to learn all about My Man Is A Loser, all while getting up close and personal with the stars

To find out all the updated news about My Man Is A Loser go HERE!