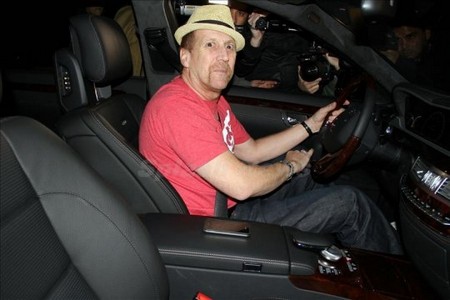 Rick Calamaro, Charlie Sheen‘s former assistant and part of his entourage, was found dead in his apartment in Los Angeles yesterday. Sources reveals that officers have already reported that along with Calamaro’s corpse there were also “numerous pain medications and an open bottle of alcohol” present with him.

It is being reported that possibly Calamaro had been dead for many days before he was found dead.  They have yet to reveal the exact cause of his death.  If you ask me, I’m pretty sure those numerous pain medications and bottle of alcohol they found near his body most likely had something to do with his death.

Calamaro was quite close to Sheen, he was  part of his entourage.  He was there when Sheen completely ruined his room at the Plaza Hotel back in 2010, after security guards found Sheen naked and drunk around 2am. After a stay at the hospital, Sheen was released to return to work, but only to be fired a year or so later from the network.  Many believe Calamaro is the person who supplied Sheen with drugs.

I wonder how Sheen is feeling about the loss of Calamaro, he hasn’t made a formal announcement about his death yet but it will probably be hard on him. The death of an old friend is one of the worse things; it can really change a person.

Some people fall into depression and even sometimes fall back into addiction and Sheen already has a problem with that, as we well know. Sheen finally got his career back on track with Anger Management, hopefully this loss does not set him backwards and we see an-even crazier Sheen than we have in the past.  How do you think Sheen will deal with this loss?