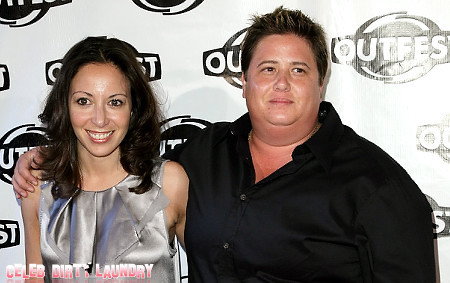 Cher’s son Chaz Bono says the gender reassignment surgery is not to blame for his split from Jennifer Elia, whom he dated for six years.

Chaz proposed to Jennifer in 2009, but he put the wedding plans on hold to undergo the final phase of his gender reassignment surgery. Chaz called off the wedding plans last year, but he insists the operation played absolutely no part in their break-up.

Chaz spoke to journalistic royalty Piers Morgan and said, “Ultimately, the reasons why we split up had really nothing to do with that (sex change). It was (down to) issues that we were dealing with and just stark differences in the people that we are and what we wanted out of life. I have changed a lot and it’s really the internal changes that are the bigger changes. I went from being really uncomfortable and kind of damaged for my whole life to suddenly not being that way anymore. As I started to feel so much better and my confidence rose, I (realized) I wanted to live the best life that I could and I wanted my partner to be able to kind of do that with me.

There were deep-seated issues around substance abuse and stuff like that that had been really a problem almost since we first got together. … We just wanted different things out of life”

It is a truly tragic turn of events in Chaz’s long struggle to complete his gender reassignment as he has been battling with coming into his own for several years. Cher has almost always been behind her son’s public internal struggles and even asked Ellen DeGeneres to support Chaz when he partook in Dancing With The Stars. She vehemently hit out at his critics and Cher said that it was her hope that viewers not be “terrified” with Chaz’s transgender status.

Hopefully, Chaz will someday find the inherent peace which he has been fighting for for so many years.