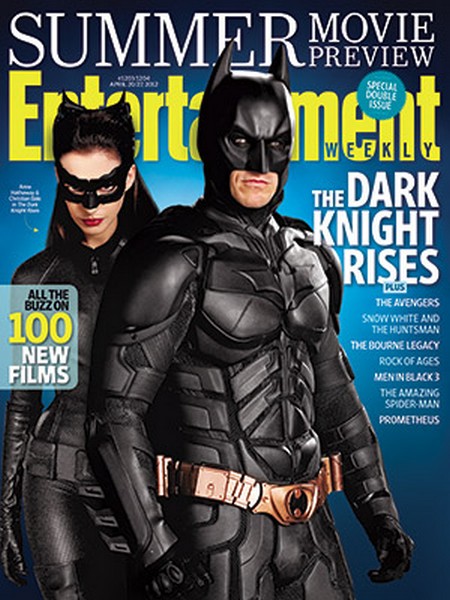 If this cover picture of Anne Hathaway and Christian Bale posing as Catwoman and Batman says anything about the latest upcoming movie franchise – fans are in for a treat.

While Christian has donned the bat suit before in The Dark Knight, this will be a first for Anne who admitted, “She had to physically transform” to play Catwomen in the latest installment, The Dark Knight Rises.

Director Christopher Nolan talked to Entertainment Weekly – where you will find the two stars on the cover in full gear for the magazine’s summer movie preview issue – about Anne’s portrayal of Selina Kyle aka Catwoman.

“She has a very strong way of protecting herself and those she cares about, which implies an underlying darkness.”

Can Anne play such a dark character?  Probably – seems to me she can pretty much do anything these days.  The movie hits theaters July 20th.