Report: Christina Aguilera Fat and Drunk – Is Her Health In Danger? 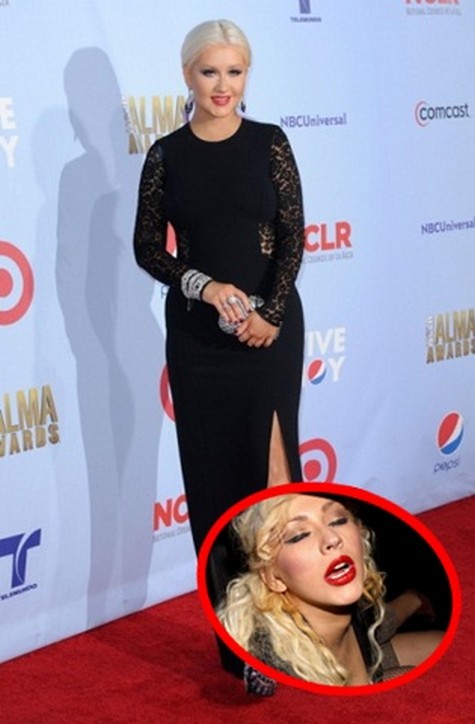 Christina Aguilera drunk is nothing nice to behold! Lately it seems like the once pin thin Christina’s weight has ballooned due to her alcohol binges and poor choices in diet.  On September 28th during a dinner at the famous Beverly Hills eatery, Spago, Christina drank so much wine and champagne that she couldn’t even stand up!  She was seen exiting the restaurant holding onto boyfriend, Matthew Rutler on the way to their car.

Not only has her weight balloned, now her two year relationship, with Matt might be jeopardy.  Sources claim, “Matt has told Christina that she should slow down on the alcohol when they are at dinners, but she gets mad and tells him she’ll do what she wants.”  This is not the first time the singer and her production assistant boyfriend, have had alcohol-related problems interfere with their relationship.

Back in March of 2011, Aguilera was charged with public intoxication, while Rutler was arrested for driving under the influence.  Despite that incredibly irresponsible behavior, “Christina loves to drink and has a problem with knowing when enough is enough,” explains an insider.

This downward spiral, which can only end in tragedy, is not only affecting her relationship, it is also hurting her career.  Christina’s defiant behavior is creating a loss of her once loyal fan base, and yet she seems not to care.  The girl with the amazing set of pipes is now diminishing her vocal abilities with her unhealthy binges of food and alcohol.  Sources around the thirty-one-year old singer state, “It’s obvious Christina has put on a lot of weight – she lives off champagne and pasta. But she still believes she is healthy and doesn’t think that she needs to work out.” Could her drinking be a reason that Aguilera is planning on taking a break from her current position as judge on NBC’s singing competition show The Voice.