Christina Aguilera’s Ultimatum To Boyfriend Matthew Rutler: Marry Me Or Get Lost! 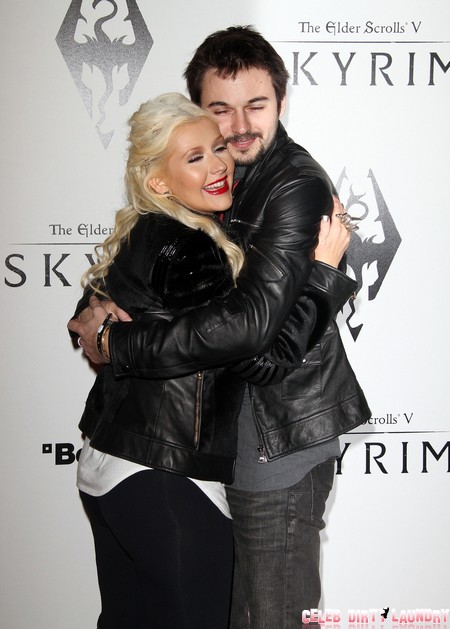 Christina Aguilera is forcing her boyfriend, Matthew Rutler, to propose to her or else! Sources claim that Christina demands that Matthew tie the knot or get kicked to the curb. Even worse, Matthew is Jewish and yet selfish Christina is demanding that they get married in a traditional Roman Catholic ceremony!  Of course how a Jew can be married in such a fashion remains a mystery…  Perhaps Christina will insist that Matt convert before marrying her.

This is the same Christina who was called a ‘total bitch’ by The Wanted and managed to disrespect little Justin Bieber on The Voice purely out of jealousy.  Nor can we forget her unloading on Adam Levine and Tony Lucca when they dared to select and perform a song that ruffled her feathers. It was her opinion that Jay-Z’s “99 Problems” was not respectful towards women.  Too bad, so sad Christina – you don’t get to set the standards in the music business – or on The Voice.  Try improving the standards of your own behaviour before you mouth off next time.

Perhaps Christina should be more concerned with the standards of her parenting.  As we reported here on CDL recently, Christina managed to pull a D+ in Star’s report card for best and worst moms.  Christina scored F’s in the Guidance and Behavior ratings with the comment ‘It’s no secret that the Dirty diva enjoys going out and drinking, even getting arrested for public drunkenness last year.  Now that the latest season of The Voice is over, hopefully she can devote more time to young Max.’ [Star, Print Edition, June 25, 2012]

Divorced singer/actress Christina Aguilera has given musician beau Matthew Rutler an ultimatum: marry me or it’s over! The couple has been dating since November 2010, and sources tell me Christina, 31, is desperate to settle down and have more kids.

‘Christina grew up Roman Catholic and has always dreamed of a bog church wedding and lots of babies,’ says my insider.  ‘She expects a proposal in the next several months or he’s history.’

We have some advice for you Matt – hit the ground running and don’t look back.  Christina is not known for making anyone happy except for herself.  What do you think folks?  Are we too hard on Christina or too easy?  Is she really a bitch or does she just seem to be one?  Let us know in the comments below.