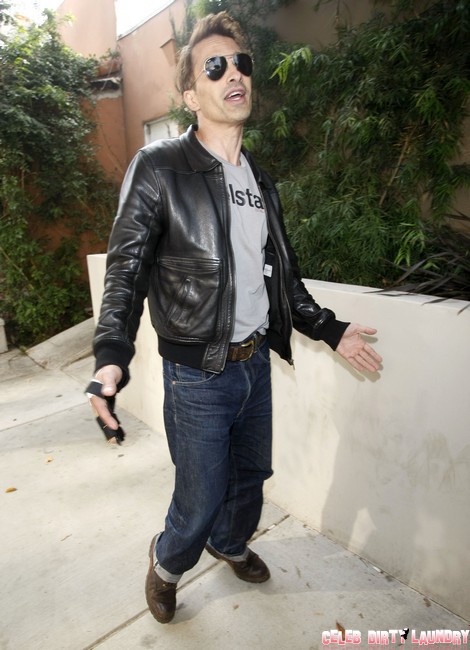 We’ve been closely involved with the Halle Berry/Gabriel Aubry/Olivier Martinez drama for the past week. Today, the update is slightly a bit more negative. We reported here on Celeb Dirty Laundry that the security videos of the brawl will be able to exonerate Aubry and point the grubby finger at his foe, Martinez. However, due to either a really, really strange coincidence and/or tampering with the footage, there is unfortunately no evidence to validate Aubry’s claims. According to a latest TMZ report, “When detectives visited Halle’s home last year to investigate a scary stalker situation, they advised her to re-position her home security cameras to face the fences surrounding the property in order to catch a possible intruder. Halle obliged and the cameras have remained facing the fences ever since and could not have captured the front door area of the home where the fight between Halle’s past and present men took place.”

There you have it Celeb Dirty Laundry readers – the alleged security videos that captured the brawl, do not exist. Instead, a video of the fences surrounding Berry’s home flickered on the screen like a bad horror film. This was what Aubry was riding on in order to validate his claims that he was not the instigator of the fight. The videos would also have allowed police to witness the brawl firsthand and possibly lay charges of aggravated assault and/or attempted murder against Martinez. LAPD detectives have viewed the footage, and confirmed that the brawl took place outside of the field of vision. They also do not believe that the footage was altered in any way.

This new turn of events raises an important question – Was Martinez aware of the camera positions? And, if so, did he ensure that his vengeful attack took place outside of the view of the cameras? This does not, in fact, kick up dust in the face of Aubry; instead, it only further enforces the idea that Martinez’s attack on Aubry was pre-meditated. He knew the position of the cameras, so he ensured that the attack took place where the police could not see. It’s serial killing 101 – watch Dexter. You’ll see.

Yesterday evening, we also reported that the emergency protective order against Aubry was lifted with unspecified precautions. Although the initial reports came through that Aubry’s EPO was lifted, it seems that the judge ordered the EPO to stay in place until Thursday, the 29th of November. The initial EPO was supposed to stay in place until the 3rd of December, but due to a clerical error, it was shortened until tomorrow. Currently, word on the street is that bitchy Berry and moaning Martinez will go to court when the emergency protection order expires tomorrow and will file for an indefinite restraining order against Aubry. Due to a lack of evidence (the security footage), the chances are slim that Aubry will be able to contest the restraining order. However, luckily for Aubry, he won’t face further criminal prosecution. According to TMZ, it’s “highly unlikely” that that charges will be filed, as the fight was “mutual combat.”

Stay tuned to Celeb Dirty Laundry for continuous and up-to-date coverage of the fallout. Expect the upcoming days to be filled with more drama than you could possibly imagine.