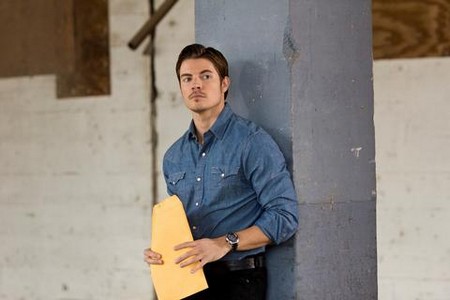 Tonight on TNT is an all new episode of Dallas. On tonight’s show John Ross seeks to gain an upper hand on a family member. If you missed last week’s show called “The Price You Pay”, we have a full and detailed recap here for you.

On last week’s show J.R. moved back to Southfork which did not sit well with Bobby’s wife Ann. John Ross was on a mission, to impress his father. Cliff Barnes came back and he wants to renew his relationship with the Ewing family and connect with his nephew. Hold on to your hat because some stunning family news was revealed last week!

Last week we actually thought that John Ross and J.R. were bonding.  After all they are both greedy and neither have many morals.  But if I know J.R. John Ross better watch out!

On tonight’s show John Ross seeks to gain an upper hand on a family member and resorts to blackmail, but J.R. decides to handle the situation his own way. Meanwhile, Christopher opens up to Bobby about his difficulty in choosing between the two women he loves.

John Ross learns a very important lesson in why he shouldn’t underestimate his father.  Cliff Barnes offers to help Sue Ellen with her campaign.  John Ross decides to confront Rebecca about sending the email to break up Christopher and Elena right away.

Tonight’s episode is going to be an exciting and explosive one that you won’t want to miss, so be sure to tune in for our live coverage TNT’s Dallas tonight at 9PM EST!  While you wait for our recap hit the comments and let us know what you thought of last week’s episode 3 of Dallas season 1!

RECAP: Tonight’s episode begins with John Ross making a phone call to Rebecca.  He tells her they need to talk once and for all about the email that she sent which broke up Christopher and Elena.  Meanwhile JR is jumping through hoops to try and get more info on Marta.

JR pays a visit to Cliff and Sue Ellen basically to gloat about Bobby selling South Fork to someone other than them.  John Ross meets up with Rebecca and he presents her with supposed proof that she sent the email to Christopher.  Obviously, he has set her up in order to make her help him.  John Ross tells Rebecca that he needs her to take pics of a particular drug addict, doing drugs.

Elena goes to ask John Ross for help.  She believes she has found an oil well on Mrs. Henderson’s land and wants him to help negotiate with the older woman.  Elena tells him he’ll look better as an oil man rather than a barfly.  Bobby is worrying about Christopher and Rebecca, he thinks having Elena nearby is making it more awkward.

Elena and John Ross do talk to Mrs. Henderson and she lets them on her property with a little charming.  Elena asks Sue Ellen for $75,000 for a driller and Sue Ellen agrees to transfer the cash to her.  John Ross tells Sue Ellen that he’s glad to finally be learning about the oil business, just like his father promised.

Christopher tells Bobby he is stuck between Elena and Rebecca and that he doesn’t want him to be disappointed.  He can’t stop thinking about Elena after learning the truth about the email. Christopher says he truly loves Rebecca but just doesn’t know how to let Elena go.

John Ross and Elena are happy to be partnered and realize they had a good day together. He wonders if more than business can be in their future.

Rebecca meets up with her mark and suggests they do a drug or two but he refuses. He loves his wife and won’t risk anything good he has. She backs off and respects the love he has.  She tells John Ross she couldn’t go through with it.

Christopher tells Elena he needs to protect himself and his money.  He never wants her coming back and trying to take a cut.  I think this is his way of trying to shove her away once and for all.  Not sure if it’ll work.

Elena texts John Ross asking if he’ll be her date for the Southfork bar-b-que.  John Ross then texts Rebecca to say he’ll be at the bar-b-que and that she should have done as he asked.  JR shows up at Marta’s and shows her photos of John Ross hugging Elena.  He then suggests that they make a deal and work together.

Rebecca tells Christopher that they need to talk and he says fine, right after he shows her something.  JR decides that the Southfork deal needs to change and he takes legal steps to cut John Ross completely out.

The episode ends with Rebecca beginning to tell Christopher what might be the truth about the email.  Tune in next week for more!