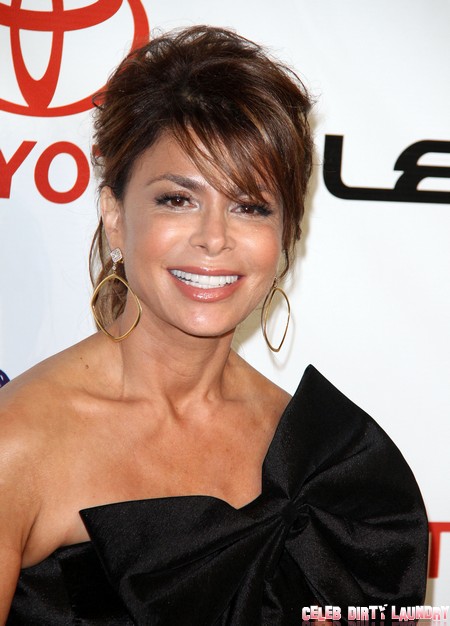 You know, it’s just not right when there are so many reality competition shows on television, and there is no Paula Abdul anywhere to be found judging. But fear no more! Paula has returned to judging by way of ABC’s Dancing with the Stars. Albeit, she might be incoherent, drunk or high, probably all the above, but at least this show will be interesting again with her on it!

But not everyone is happy to see Abdul on the immensely popular dance competition show. Carrie Ann Inaba, who has been part of the ABC reality dancing competition show since 2005, doesn’t want to share camera time with the extremely popular former judge of American Idol and the X Factor.

“She thinks Paula’s a tremendous scene-stealer,” revealed a show insider. “Carrie Ann loves being the only female judge, and she’s suddenly looking at Paula as competition, even though Paula’s gig is temporary.”

And who could blame her? Paula Abdul certainly makes more sense as a dance judge than Inaba does. Abdul has a higher dance record and profile, she won a Grammy for “Best Music Video – Short Form” for Opposites Attract and twice won the “Primetime Emmy Award for Outstanding Choreography”.

Inaba, who might be a little more contentious than usual after having recently split from fiancé Jesse Sloan, has already been taking nasty shots at Abdul, calling the 50 year old a “failure” from being dumped from American Idol and the X Factor, the latter after only one season. And she even poked fun at Abdul’s own foray into the reality circuit, with the cancelation of her effort Live to Dance, which lasted only seven episodes.

And it doesn’t help that Abdul is not being subtle about wanting her temporary gig to become permanent. Abdul certainly loves the spotlight, all these reality shows she keeps doing certainly informs us of that. And it would be a perfect fit: Abdul as a dance judge. So, if there is even an inkling that Dancing with the Stars wants her, she would grab at that chance in a heartbeat while Inaba would be living her worst nightmare: sharing the spotlight!