Dancing With The Stars Season 15 All Stars Cast List Spoilers

BY Dorothy Gale on July 26, 2012 | Comments: Leave Comments
Related : Dancing With the stars, dancing with the stars season 15, Reality TV 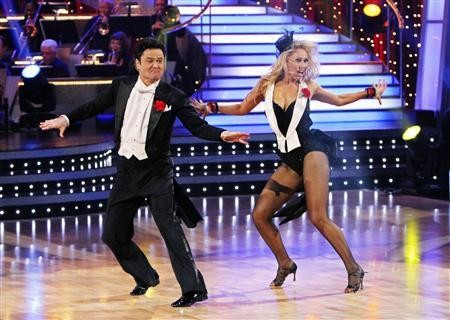 Tomorrow is the big day when ABC will announce the Dancing with the Stars cast list for the ‘All Star‘ Season 15. This announcement comes earlier than previous years for the Fall season, which is delightful news to all the DWTS fans.

I am sure, like me, you have a lot of favorites that you would like to see come back and perform in this very first “All Star” season. Rumours are flying all over the web and we have some awesome spoilers for you. Based on all the “buzz” it appears that the following celebrities have been getting a lot of press and may just be dusting off their dancing shoes:

I would be happy to see most of these celebrities, but come on, haven’t we all had enough of the Palin family already? Yikes!  Check out our post with videos and a poll on the worst DWTS contestants ever!

It appears that the celebrities will not be reuniting with all their former professional partners, which I think is good, it would be nice to see if a different pro can get more out of the celebrity than last one did.

Hosts, Tom Bergeron and Brooke Burke are back, as well as professional dancers, Derek Hough, Mark Ballas, Cheryl Burke and Maks Chmerkovsky who are all rumoured to be returning with some new pros and some old pros. Also, our favourite trio of DWTS judges are back; Len Goodman, Carrie Ann Inaba and Bruno Tonioli.

There are rumours of a new twist which is the reason for the early announcement. Fans will get to pick one of the returning celebrities from a choice of three, this “fan chosen” celebrity will get the final spot. Host Tom Bergeron even gave fans a little tease on Twitter: “Looking forward to Friday’s DWTS All-Star Cast announcement. We’ll be announcing all but one, then YOU have to get to work! #DWTS”. Carson Kressley is supposed to be among those that fans can vote for.

What do you think of an “All Star” DWTS? Do you think it will be as good as getting a whole new round of “D Lister” celebrities hitting the ballroom floor? ABC will announce the Dancing with the Stars Season 15 “All Star” cast during the Television Critics Association summer press tour, tomorrow, July 27th, 2012 and you know that we at CDL will have all the details for you.

Don’t forget to come back to CDL when the new season airs for your up-to-the-minute recaps, spoilers and exciting gossip from DWTS season 15.