Did You Ever Want To Participate In A Movie Test Screening, Here’s Your Chance! 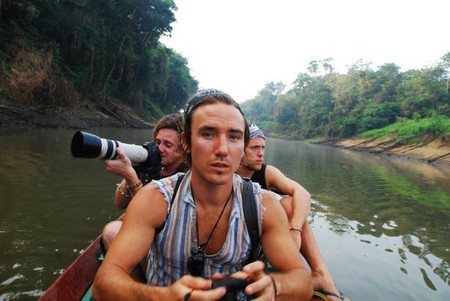 Did you ever want to participate in a movie test screening, well here’s your chance.  A test screening is a preview screening of a movie or television show before its general release in order to gauge audience reaction.  The movie you would be screening is for the upcoming sequel to SHARKWATER entitled REVOLUTION, which is produced and directed by Rob Stewart

The movie begins with the release of Stewart’s film SHARKWATER in China, where Stewart soon realizes that – despite his six-year effort to save sharks – their future is in jeopardy. The presence of ever-greater environmental catastrophes means that not only will sharks be wiped out, so too will the oceans, and ultimately, mankind. Stewart realizes that we’ll never solve our environmental crisis using traditional means. His solution is unexpected and revolutionary!  The film focuses on our environmental impact and how we can change for the better.

If you are a movie fan and you are interested in shaping the final cut of this film Celeb Dirty Laundry is inviting you to attend this special test screening in Toronto on August 1st, 2012.

Location: The screening will be held at Scotiabank Toronto on August 1st, 2012 at 7pm.

How to attend: Participants fill out the form at the link here (http://on.fb.me/OcYi6T) or send an email with your name, email and phone number RSVP@districtPR.ca, we will send a confirmation if space is available.

Note: Screening open Toronto residents or the surrounding area. ONLY!

Disclaimer: Celeb Dirty Laundry has not received any payment or products as a result of this post. We just like giving great opportunities to our readers!