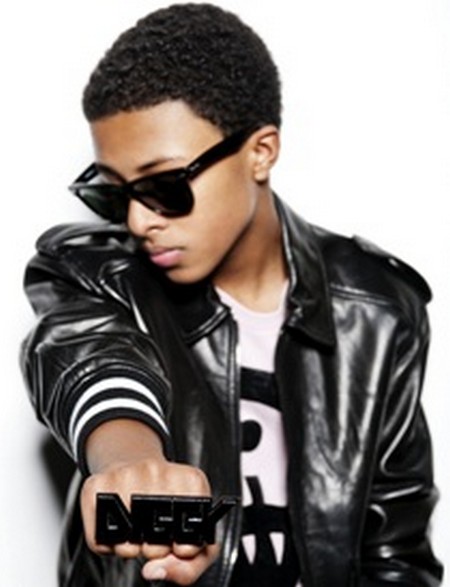 It seems that Diggy Simmons and J. Cole are at it and the beef is that J. Cole did Diggy’s sister, Vanessa Simmons.  The claws are out this week cupcakes, Diggy VS. J. Cole and it’s game on guys. It seems that Diggy, who is the son of Run, from the rap group Run DMC, released a record, “What You Say to Me”, slamming J Cole. There are rumors going around that J Cole smashed (had sex) with Diggy’s older sister Vanessa.

It’s really not a nice rap song. Now unfortunately that song dropped the same time as his new album did and neither of them are doing well. His album right now is having record low record sales.

Now Vanessa has taken to Twitter – I mean what else does she have to do… she and her sister supposedly have, what is it, a shoe line?  See I don’t even know, do you? – Exactly… and she is tweeting:

“Oh it’s not true don’t believe what you hear.”

Hey Vanessa it’s not OUR brother that got so upset that he put a rap out and put your business in the street for all of us to hear, (Girl you are speaking to the wrong ones).

Now “Reverend” Run is not upset about it at all. He states that J Cole came out with two rap song dissing Diggy and the whole family. Now does the old saying apply here, ‘do onto others as they do on to you,’ (I don’t know), or is it rather ‘an eye for an eye’ – if you get me here…

All I know is Diggy’s record sales are low and J Cole’s record sales have not been affected at all.  Diggy is young and he’ll learn to just ignore the negative and don’t respond, especially in song or rap for all to hear.  Learned your lesson, now move on with it.