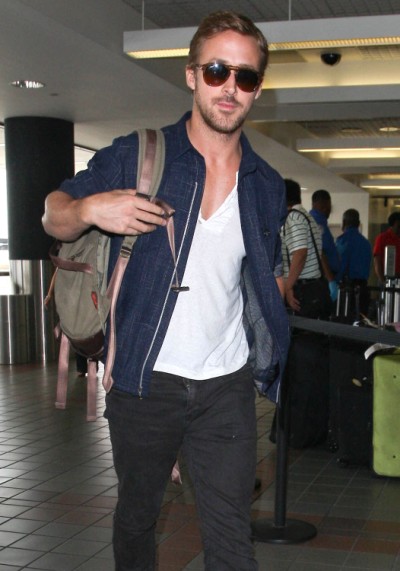 American Psycho and Rules of Attraction author, Ellis, is clearly no stranger to working with taboo subjects and is pitching his ideas to the studio to take the controversial and mega-successful movie on. He took to twitter to dig up some conversation over who should play the key romantic roles of Anastasia Steele and Christian Grey. To say a few people are interested is an understatement. Hollywood sees these as career making roles.

I’m sorry, I don’t see Ryan Gosling going for this. First off, he doesn’t need nor want to be the next Robert Pattinson. He has plenty of adoring fans and critical acclaim without this. Would he do a good job? Hells yes! He’s a great actor but how he would manage to get through the lines without laughing is beyond me.

I can’t see an established actor taking on this part. I still think Skarsgård will get it. Not only does he look the part but he’s ready to launch into the big time. His True Blood fame has been waning lately and this would be a major coup for his career. Plus I don’t think English is his first language so he’d have a better time reading the lines without over thinking how God awful they are.

I can’t believe all these big time writers and directors are actually considering this movie. It’s like Steven Spielberg wanting to direct one of the Twilight movies. Why? Yes, it will get a lot of exposure but the writing is such crap. Obvioulsy Ellis must think he can work with it to create a better screenplay. I don’t know how they’re going to bring some of those scenes to life and stay under an R rating but I’m willing to give them the benefit of the doubt. I have very little hope that this movie won’t be complete crap so my standards are low. I will be easily impressed – like Lindsay Lohan SNL easily impressed.

Do you think Ryan Gosling would make a good Christian Grey? If not, who would you like to see take on the part?