Downton Abbey Movie Is Not Happening Yet 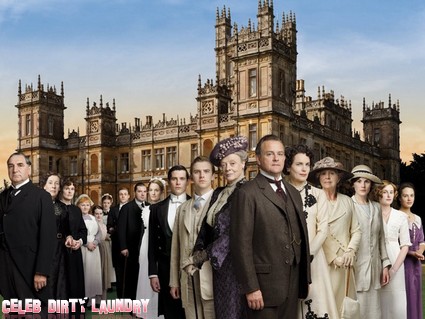 If you want to see Downton Abbey on the big screen you’re in for a wait. One of the stars of the English drama has announced a movie based on the super popular TV show is not happening … not yet anyway…

Hugh Bonneville – who plays Earl of Grantham Robert Crawley – has set the record straight telling The Sun ‘Everyone thinks we’re making a film because our writer spoke to some producers at the Golden Globes. But that is what happens at film awards – it doesn’t mean we’re doing a film.’ But the good news is he hasn’t ruled out a movie in the future ‘I understand why people think we should though – the cast is incredible‘.

The show is a smash hit around the world. Fans can’t get enough of the goings on upstairs and downstairs at Downton Abbey. It’s also winning a stack of awards including ‘Best Miniseries or Television Film’ at the Golden Globes and Outstanding Miniseries at last year’s Emmys.

Season three is being filmed at the moment. Shirley MacLaine has joined the cast and is already in England filming scenes for what promises to be the biggest year yet at Downton. The legendary actress plays Lady Cora’s mother Martha Levinson. An American who stirs up trouble at the house with her big mouth. Martha clashes with the Dowager Countess played by Dame Maggie Smith.  MacLaine is loving her new role tweeting from the set ‘Everything is going well. We shot outside in wind and rain. Love the cast and crew. Amazing day on Downton Abbey set. I love the British humor and temperament and functionality.Maggie is so subtle and so much fun‘