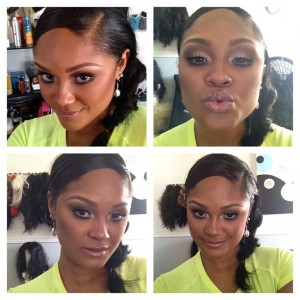 Drake’s girlfriend Maliah Michel and Lil Wayne’s ex girlfriend Tammy Torres may be giving up their guys for each other! That’s right! Sure we all knew that Weezy and Drizzy were close (cripes, how many collaborations have they done together?) and it was only inevitable that the women that these guys dated would become tight. Wayne and Drake have a bromance like no other. In fact, they BOTH wrote songs about these two women who ultimately broke their hearts. Weezy’s “6 Foot 7” is said to be about Torres, while Drake supposedly penned “Miss Me” for ex Maliah. Awww, how sweet.

But really when breakups happen, usually everyone separates and goes their own ways but Tammy and Maliah are said to have keep each other’s numbers in their cell phones. 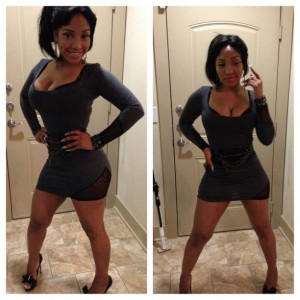 Check out the extremely graphic photos here. Beware though! Don’t tell me I didn’t warn you (I know some of you dirty dogs won’t have a problem checking these out)!

So what do you think? Do you think this isn’t the first time that these two women have “hooked up”? Is there more to Weezy and Drizzy’s relationship than we can see on the surface? Hey, I’m just throwing that out there. Don’t get your panties all up in a bunch.