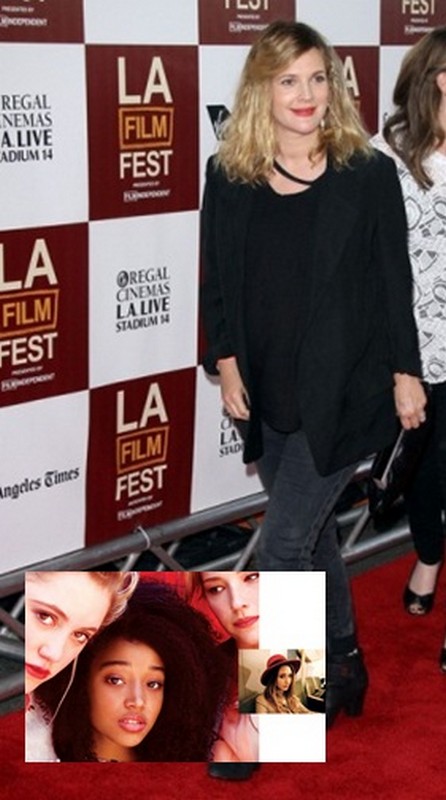 Drew Barrymore is a woman of many talents! She is not only an actress – but she can now add photographer to her resume. Once a child actress herself, Drew took to her lens and snapped photos of Hollywood’s up and coming actress’ for the newest issue of V magazine.

Drew, 37, was recently married to Will Kopelman and is expecting her first child this spring.  I couldn’t think of any one else to capture these young beauties, considering Drew was one herself.

In the mag the Charlie’s Angels actress gets behind the camera to capture young Hollywood with the photo shoot titled, “Drew’s Angels.”  Love the title, very appropriate!

Of getting posing pointers from Drew, 13-year-old Stenberg (who plays Rue in the Hunger Games) had this to say:

“Drew told me she liked to shoot happy accidents, and that when a photograph comes out naturally you’ll love it,”

Spoken like a true photographer! It’s nice to see Drew passing on her knowledge and advice to those following in her footsteps.  Drew had her fair share of wild days in the past so any guidance and wisdom she can impart on them is meaningful.

Drew had this to say of her the shoot with the fabulous young ladies:

“Please enjoy the V Magazine shoot I did with these fine fillies who are not going the way of Veruca Salt. They are being brave and vulnerable, tough and pretty, to reveal the girl within. They are making it happen!!!”