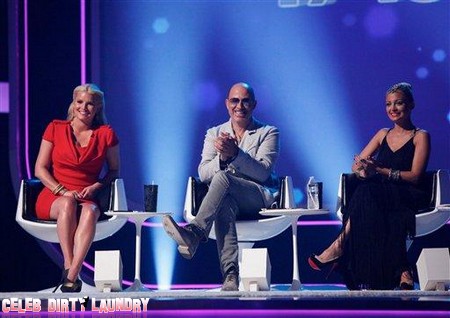 A whole new episode of Fashion Star airs tonight on NBC and the competition is really heating up as week after week the fashions sell out.  On last week’s episode Lizzie, Luciana and Edmond were called to the stage.  The mentors Jessica Simpson, Nicole Richie and John Varvatos decided to save Edmond. Lizzie Parker and her Sheath Dress was eliminated.  If you missed the episode you can read our full recap here!

On tonight’s episode of Fashion Star called High End Appeal/Mass Market Appeal – The designers present two variations on a look: high-end couture and mass market.  It sounds like a tough task as the designers gets more and more stressed out! Apparently on tonight’s show one designers desperation will leave the designers divided.

So far ratings for Fashion Star have been so so, however, reports suggest that a number of the designs have been flying off the racks, with many even selling out.

Fashion Star premiere tonight on at 10 PM on NBC and we will be live blogging it with all the up-to-the-minute drama and elimination. So make sure to come back to this spot and spend the evening with us!  Refresh often to get the most current details!  If you want to see a sneak peek of tonight’s episode go HERE!

RECAP: This week the designer have to create two looks, one on the high end and one on the low end.  Some of the designers are struggling to keep it real between the two designs. Behind the scenes Luciana is struggling with her pattern maker and worried that he’s making her look bad. Ronnie is going for a simple look using teal as his main color. This week nobody is more rattled than Nikki who has never done a high end design before. Edmond is having a hard time as well with differentiating between the high end and low end.

We have six designers that had no offers and the judges and designers have to decide who is staying and who is going home. The bottom three designers are called to the stage, Lisa, Ronnie and Edmond. The judges have a chance to save one designer, they choose Ronnie. it is time for the buyers to choose who they want to keep, Edmond.