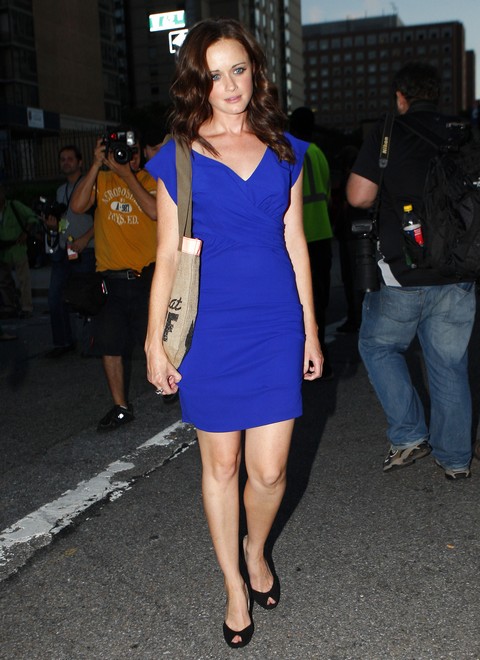 We can (and have) talked for days on end about who should be cast as Christian Grey in the film adaptation of Fifty Shades of Grey, but what about the role of Anastasia Steele?  The character is a subtle mix of grace and beauty – she’s submissive yet stubborn at times and will require a gifted actress to represent all aspects of her personality. According to Fans Share, the actress currently dominating their poll for the role is Alexis Bledel. She has been leading the polls for quite some time now  and certainly does seem to have the acting chops to pull off the roll altogether.

There is a pretty decent age difference between the character of Ana and Alexis though. Grey’s plaything is 21 and Alexis is now 30 but this wouldn’t be the first time that we’ve seen an actor or actress cast as a much younger character. Ian Somerhalder’s name has been kicked around a lot for the role of Mr. Grey. I think he and Alexis could generate the necessary heat to bring the pages of the book to life onscreen, don’t you?

If you’re a Fifty Shades of Grey fan and you’ve read the series (and I know that you have) then who are your choices to play these characters? Keira Knightley has already said that she’s not interested in the project and Mila Kunis’ name has been mentioned too. Mila could be Ana, but again she is quite a bit older than the role she’d be stepping in to and I’m not sure that I see Mila playing innocent to easily.

Is Alexis the perfect fit for Anastasia and when do you think we’ll actually hear any solid casting news?  Wouldn’t you think that they’d be rushing to get this project off the ground given how hot the series is? Tell us your thoughts in the comments below!