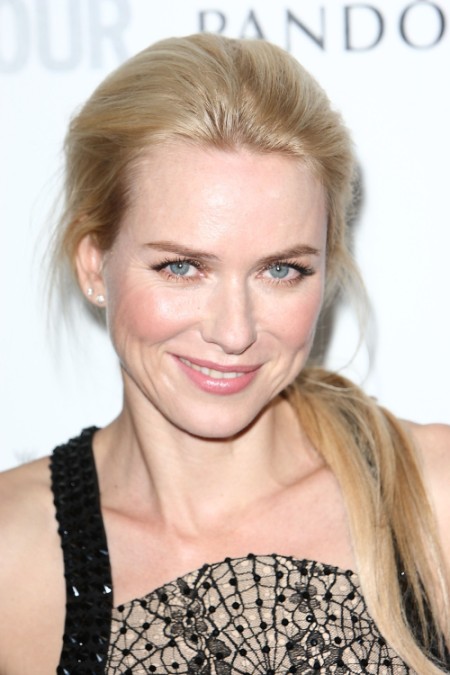 Naomi Watts was spotted filming scenes for her upcoming Princess Diana biopic and I had to do a double take to realize she wasn’t really Diana. The resemblance is incredible and it’s not like they used a fake nose or lip implants to get the desired effect. With a bouncy, feathered hair style and eyeliner that would make Kate Middleton jealous, Naomi Watts was Princess Diana.

The Daily Mail has the pics. The movie’s centering around the last two years of Diana’s life before she was killed in the car crash in Paris in 1997. From the photos it looks like Naomi could have been filming the infamous Martin Bashir interview – you know the one where she says “Well, there were three of us in this marriage, so it got quite crowded.” I always thought that was a brilliant quote and wondered if she thought of it on the spot. Goose bumps!

Naomi has been taking this role very seriously. She moved to London’s Kensington neighborhood after getting the offer to prepare and has been seen around some of Diana’s old haunts. She even stepped out of  Mayfair club last month a few seconds before Prince William stumbled out with Guy Pelly. Was she doing some research then?

Princess Diana is hot right now. She’s always good for news, even 15 years after her death, but Kate Middleton and Prince William’s royal wedding has people hungry again for the People’s Princess. Lady Gaga felt it so she wrote that horrible song; Penny Junor just published a book declaring her mentally ill and now this movie. And of course there are the bookies who keep thinking Kate Middleton’s baby is going to be named Diana. Queen Diana forever!

There’s going to be some serious Diana overload. What do you make of Naomi as Diana? Do you think it’s too soon for a biopic or are you ready to watch Naomi immortalize her even further and, perhaps, feed us something we didn’t already know about the last few years of her life?