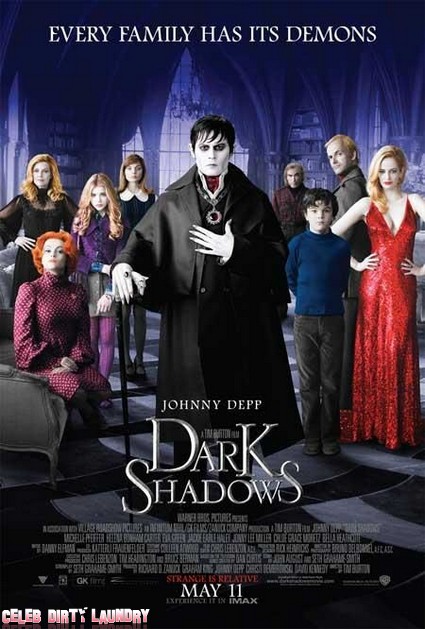 If you’re onto a good thing – stick with it. That’s obviously how Johnny Depp and Director Tim Burton feel about working together. Their latest movie – and eighth collaboration – is called Dark Shadows and the first trailer has just been released. It looks like the usual Burton brilliance…with Johnny’s character Barnabas Collins resembling the offbeat Ed Wood with a dash of The Corpse Bride.

Dark Shadows is a vampire film – but we all know the other side is in no better hands than when Mr Burton is calling the shots. It’s very loosely based on a gothic soap opera of the same name which ran from 1966 to 1971. The movie is set in 1972. Depp is a 200 year old blood sucker who’s out of time and out of his depth. Think an 18th century vampire in the lurid 1970s!

It’s been a couple of years since Depp and Burton teamed up. The last venture was the wildly successful Alice In Wonderland so big things are expected from Dark Shadows. The pair have a lot to live up to after other hits like Edward Scissorhands and the Oscar nominated Sweeney Todd… I can’t wait til it opens on May 11.