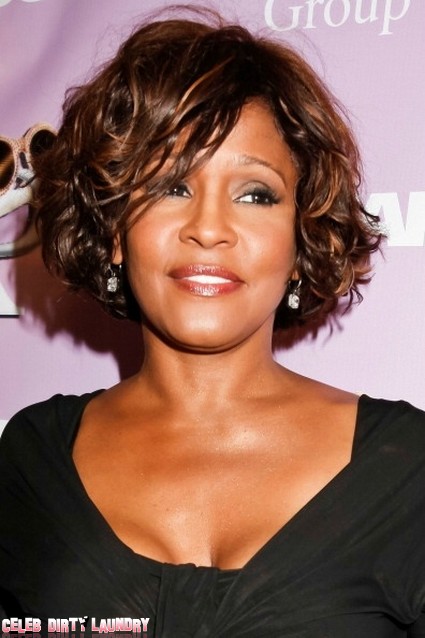 Simon Cowell has thrown the down and out Whitney Houston a lifeline. He’s reportedly offered her a job on the American X Factor after getting rid of Paula Abdul and Nicole Scherzinger.

According to The Hollywood Reporter the former drug addict could star on the next season of the struggling talent competition. The I Will Always Love You singer is considering an offer from Mr Cowell to sit next to him on the Judging panel. A job on prime time TV could be just what Whit needs. It would come with a prime time salary and we all know she needs the money. There’s talk the diva’s record company has been bankrolling her for some time.

So what kind of advice would the former superstar offer wannabes? She’d definitely be able to counsel them on the temptations of success and which substances will ruin their vocal cords. Her one time glittering, Grammy award winning career has gone down the toilet thanks to years of drug abuse. She can’t hit the high notes anymore and even has trouble getting through an entire song on stage without stopping to catch her breath. She’s a lesson in what not to aspire to!

Whitney’s not the only big name Simon is toying with for season two. He’s made no secret of the fact he’d like Mariah Carey as a Judge. But he knows the Mom of two has a lot on her plate. So he’s looking elsewhere. If he thought Paula Abdul was a handful… just what ’til he cops a load of Whitney Houston!