Four Reality TV Shows that Just Might Cause Your World to End in 2012: Survivor, X-Factor, America’s Next Top Model, and Amazing Race 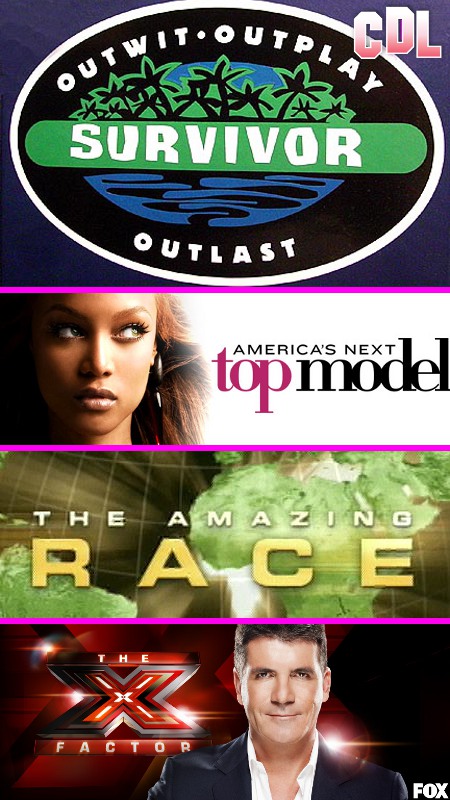 2012 is one of the most talked about years of the century. It has been labeled as the Doomsday Year. The final date of worldwide destruction is fast approaching. There is, however, a completely different aspect to the end of the world in 2012, namely the fall/winter reality television season. Celeb Dirty Laundry did some investigation and found a list of reality television seasons that might ruin your year more than fire and brimstone would.

September heralds the dawn of a brand new season by the god of reality television, Survivor. How will this ruin your year? Well, the new season will be crippled by previous Survivors who were kicked off the show due to injury. The moment we thought Survivor couldn’t fare worse in ideas, it broke new boundaries of “originality”. Survivor might be your one-way ticket to an end of the world party, if you don’t fall asleep from boredom before then.

A brand new “cycle” of America’s Next Top Model is also firing up. The new cycle will be a college edition and the judging panel has been auto-tuned like Pot Ledom, with everyone except Tyra Banks (obviously) kicked out. ANTM will ruin your year by featuring college students and an open voting platform. How this new “voting system” will work is beyond us, but don’t you also smell the stench of television show survival instinct?

The second season of The X-Factor USA is back with the acerbic Simon Cowell and his brand new cohorts Demi Lovato and Britney Spears. The new season will be filled with more drama than a Mayan at an Edgar Cayce astral projection party. This season will also see the magnificent reveal of season one winner Melanie Amaro’s career (she has, to date, done nothing worthwhile). If the new season doesn’t send you running to the hills to escape the teary waters of ousted contestants, nothing will.

The latest season of The Amazing Race will also see the light of day and in this, the 21st installment of the super popular racing show, nothing will change, because nothing is ever changed in this show, except a few simplistic twists. The cast of the new season will once again include the clichéd stereotypes of previous seasons, with a few interesting faces tossed into the doomsday mix. Hopefully, this season will introduce something new to the game and it won’t result in absolute amazing destruction.

There you have it, with most of the biggest shows in television history covered. We have excluded the lesser important reality shows, because everything is going to end in December, so why stress your face over a few carefully executed reality show plots?

If the new seasons of these shows don’t ruin your year, only the tall beauty of a tsunami caused by an asteroid’s pimply butt could possibly ruin your 2012. Don’t worry; the prophecies predict an immediate end, which is what we hope for these new reality show seasons (except maybe X Factor, because that could still induce labor in puppies).

Let us know in the comments below which reality television show makes you more excited than imminent destruction!