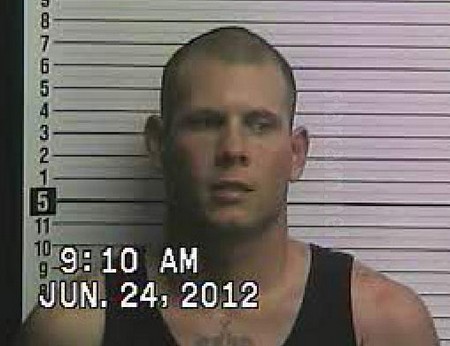 “[My case] got continued till the 27 of August. But it went well so far,” says Gary, who is currently the military, but faces charges in civilian court because the incident happened at Jenelle’s house, which is off-base.

Gary denied being afraid of Jenelle’s ex-boyfriend, Kieffer Delp, who was reportedly asked to leave the courthouse after taunting Gary with an anti-gay slur when he arrived.

“My goal was to stay OUT of jail today,” he tweeted. “Not go fight your cracked out self and your creature on camera, at a courthouse. I’m not scared.”

Though neither tweet directly mentioned Jenelle by name, since the ex-couple have been issued mutual no contact orders against each other.

Gary also denies Jenelle’s claims that he was chased by Kieffer upon arrival. “Negative,” he says, adding that he and the female companion he arrived with “walked peacefully and calmly to the car.”

“LMFAO u have no idea what happen [you] fucking dumbass,” interjected Jenelle, addressing James. “No one does.”

She has a point. The only two people who know what happened that day are Gary and Jenelle.