Giveaway: Join Us For A Live-Chat And Win A ‘Political Animals’ Political Survivor Kit 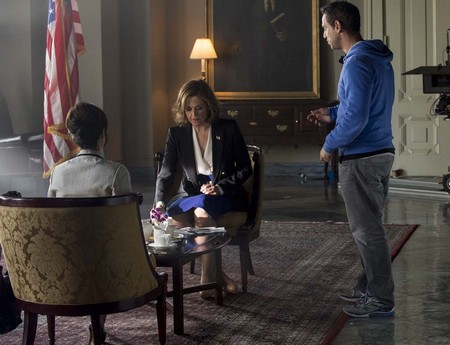 USA Network will pull back the curtain on the polished Political Animals pilot tonight July 15th, 2012 and viewers will tune-in to watch a former first-family as they navigate the complex world of political and personal ambition.

From creator Greg Berlanti, Political Animals marks USA Network’s most ambitious project to date.  The six-week limited series event – delves into the polished facade of politics to reveal a fractured family.  Despite intense public scrutiny, this dynasty cannot escape the magnetic pull of the high stakes world of sex, greed and politics.

In her first television series regular role, two-time Golden Globe winner and three-time Academy Award nominee Sigourney Weaver stars as Secretary of State Elaine Barrish.  In the wake of a divorce from her philandering ex-president husband Bud Hammond (Ciarán Hinds), Elaine tries to keep her family together while dealing with crises of the State Department and hungry D.C. journalist Susan Berg (Carla Gugino) who is bent on destroying her.

Giving viewers access into the seemingly perfect world of America’s royal dynasty, Political Animals uncovers a family that is flawed, vulnerable and human. Fueled by their own ambition, they are entangled in the provocative, nuanced and complex web of politics.

To celebrate the premiere, CDL Readers are invited to join us in live-chat during the episode on Sunday at 10pm.  We will be chatting Sunday night on the topics of family, power, and women as well as live-tweeting the episode, so CDLers don’t forget to join us for the fun. 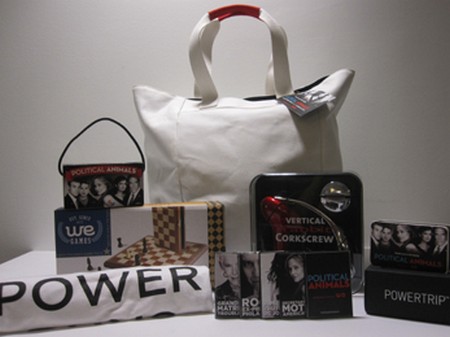 HOW TO ENTER: All you have to do to enter is join a live chat tonight during the premiere episode on Sunday at 10 p.m. on Twitter with the hashtag #PAChat.

DEADLINE TO ENTER:  Midnight July 22th, 2012 (make sure to include your e-mail address with you entry) – contests is open to U.S. Citizens.