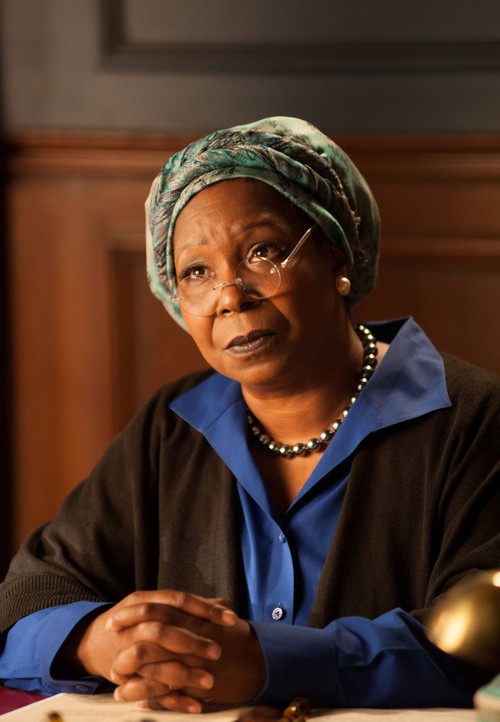 Tonight a whole new episode of FOX hit show GLEE airs called ‘Swan Song.’ On tonight’s show Rachel (Lea MIchele) performs at NYADA’s prestigious winter showcase.  We also get to see how One Direction did in the Sectionals  Did you watch last week’s episode? We did and we recapped it here for you!

On last week’s show it was time for Sectionals, and New Directions received guidance from some of the recent McKinley graduates who volunteered to mentor the glee club during their Thanksgiving breaks. Meanwhile, Rachel and Kurt had a non-traditional holiday dinner in the Big Apple.

On tonight’s show as New Directions regroups after Sectionals, Finn ponders his future with the club. Meanwhile, Rachel prepares for the NYADA Winter Showcase, and Kurt gets his shot at redemption with a second audition.  Also tonight Whoopi Goldberg returns to Glee as Carmen Tibideaux.  Kurt will take the stage in NYADA’s Round Room to perform “Being Alive” as his second audition.

Last week we left off with the gang at sectionals and Marley dropped like a rock. She passed out because she’s decided that food isn’t her friend. Rachel is a nervous wreck until she is finally served with a hand delivered invitation to perform at the NYADA’s winter showcase.  It’s the most prestigious thing she has ever been asked to perform at.

Finn is crushed to find out that the New Directions now have nowhere to practice. Sue suggests they hand over the keys and pack it in for the year. They decide that they need to put together a performance that serves as their swan song for the year.

Rachel has spent the whole school year fighting to prove herself to Cassandra and once again she finds herself being beat down. Cassandra challenges her to do the opening number from All That Jazz.  Rachel concedes that she’s not a better dancer but when it comes to singing, she has Cassandra beat.

Rachel has spent the whole school year fighting to prove herself to Cassandra and once again she finds herself being beat down. Cassandra challenges her to do the opening number from All That Jazz.  Rachel concedes that she’s not a better dancer but when it comes to singing, she has Cassandra beat.

Kurt desperately wants a chance to perform in NYADA but is told that his performance is shallow and devoid of any real emotion. Within the course of two days, New Directions have disbanded and most members have moved on to other clubs. Marley is still hearing about how her face plant at sectionals cost them the win and that ultimately meant the end of the Glee club for now.

Britney pulls Sam aside and tells him that he is the only one who has made her smile since Santina left. She doesn’t want to miss out on the opportunity to get to know him much better.

Rachel is very nervous before the showcase. Carmen Tibideaux is in charge and really uptight. Rachel’s plan of attack is to go out there and sing like she’ll never have another chance. She performs an old Barbara Streisand classic and of course kills it. Rachel will have many other opportunities to sing again. She chases that song with O Holy Night as Finn packs up the Glee club trophy’s to make room for whatever group will use their practice room for the remainder of the year.

After Rachel sings, Carmen shocks Kurt by saying that she’s going to give him another chance to sing- in front of everyone. He panics but then takes that opportunity and turns it into his moment to really shine.

Rachel has a chat with Finn and encourages his not to give up on his Glee club dreams. Marley shows up for the clubs last practice and tells Finn that she actually found a place for them to practice. Finn sends a message to all the club members reminding them that the love of music should still bind them even though their season is over. He asks everyone to show up to practice but it looks like it might just be him and Marley. They sing an acoustic version of Don’t Dream It’s Over. Of course as the song continues on the rest of the New Directions appear and join in.

The episode wraps with Kurt finding out that NYADA has accepted him.