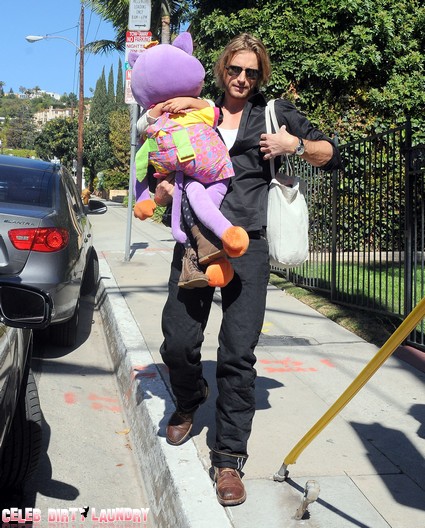 Halle Berry wants to get Nahla as far as possible from her angry violent father Gabriel Aubry and so she has come with a plan to flee to France. Now that the court has stripped Aubry of the right to be with his child alone Berry is going in for the kill. The Los Angeles County Department of Children and Family Services (DCFS) has recommended that Aubry be deprived of the right to unsupervised visitation with his daughter – at least until completes anger management classes. Berry has seen this as an opportunity and is petitioning the court for the right to move to France with Nahla and Aubry is screaming NO!

Aubry and Berry have had a bitter time handling Nahla’s custody and the when Aubry allegedly assaulted the nanny, Alliance Kamdem, while she was holding the child he cooked his goose. It was just opportunity Berry had been waiting for and gave her a chance to show the authorities Aubry’s violent temper and his supposed lack of fitness to be a trusted parent. Now Berry wants to set up home in France with Olivier Martinez and Aubry feels this will marginalize his involvement with his little girl. He is right.

Aubry has said all along that the nanny was a spy working for Berry who attempted to instigate trouble by undermining him. Well the ‘spy’ has done her work well – Aubry fell right into the trap and has compromised his legal standing with his daughter. He has only himself to blame. He should not have shoved the nanny.

TMZ has the exclusive:  Halle Berry is asking the judge in her custody war for permission to move to France with Nahla — and baby daddy Gabriel Aubry is saying … over my dead body.

TMZ has learned Halle filed papers with the court requesting the move and the hearing is pending. Sources tell us Gabriel is livid because he believes the move is punitive and designed to strip him of any contact with his daughter.

And Gabriel is particularly upset because Halle’s longtime boyfriend Olivier Martinez will be living with Halle and Nahla if the move is approved … informed sources tell TMZ.

Halle could have an argument that it’s safer for Nahla to be in Europe … especially because her latest stalker — who broke onto her property multiple times — has recently been released from jail.

One might think that both Halle and Gabriel might think of Nahla first and stop using her as a weapon to hurt the other. Doesn’t look like that is about to happen any time soon.