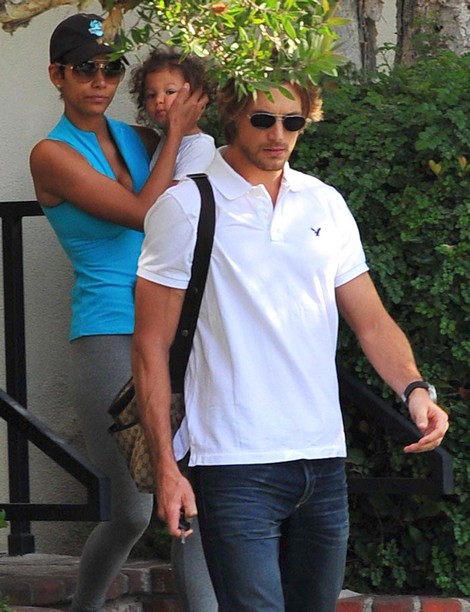 Halle Berry’s Thanksgiving day fiasco has been the main focal point of almost every media outlet under the sun. Celeb Dirty Laundry, however, has taken the road less traveled and decided to blame Berry and current fiancée Olivier Martinez for the blow-up. We’re not biased; we’re just using common sense.

According to a latest TMZ report, Berry is going to court early next week to take out a restraining order against ex-partner Gabriel Aubry. Sources allege that Berry and her lawyers are “alarmed” that Aubry purportedly initiated the fight with Martinez in front of 4-year-old daughter Nahla. We reported on Saturday that a judge ordered an emergency order of protection that forces Gabriel to stay 100 yards away from Berry, Martinez, and his beloved daughter Nahla. However, this order of protection will expire on Tuesday, so bitchy Berry is jumping like a cat on a hot tin roof to issue a restraining order against her ex for an indefinite period of time.

We reported that Berry and Martinez instigated the fight with Aubry because they were miffed about a court-ordered ruling that stopped them from permanently taking Nahla to France. The Thanksgiving brawl, however, placed the power back in Berry and Martinez’s hands and allowed them full control over Aubry’s parental rights. Berry will contest in court this week that Aubry’s temper is out of control and that if Aubry can’t control himself enough to protect Nahla from emotional distress, it’s just too perilous to have him around her.

However, Karma is a raging bitch. Martinez has been ordered to clean up his act after receiving twenty violations during a routine inspection at his Villa Azur eatery in Miami, Florida. According to The Miami Herald newspaper, as reported by Bang Showbiz, “State inspectors uncovered 13 violations marked critical or likely to directly contribute to food contamination and illness.” Allegedly, fish is being served raw without parasite destruction, food is being thawed in standing water (big no-no!), chopping boards and food are being placed on the floor (yuck!), and staff is handling food without sanitary gloves (waiter, is that snot in my soup?). A spokesperson for Villa Azur dismissed the report and stated, “The kitchen is very clean. We follow all the rules and regulations. We did have inspection, but the inspector found no major violation.” Yeah, right, whatever you say you dirty, dirty waiter! Aubry might be a temperamental French-Canadian, but at least he is not shiny on top and stinky down below!

We’ll keep you updated on the upcoming restraining order request, but be prepared, though, because bitchy Berry and mucky Martinez are out for male supermodel blood. 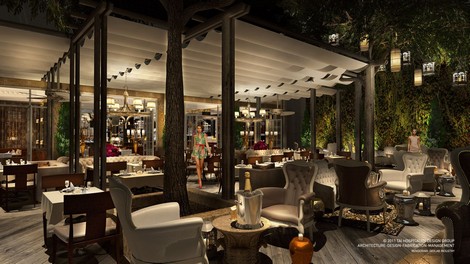