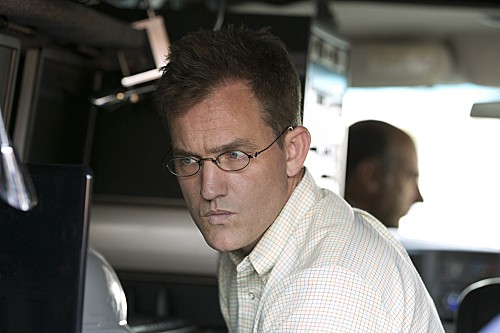 Tonight on Showtime is a whole new episode of HOMELAND. On tonight’s episode called “Two Hats” things for Brody are threatening to spiral out of control, forcing him to make a phone call he has been avoiding. Did you watch last week’s show? We have a sneak peek it here for you!

On last week’s show fans can expect the further mental breakdown of double agent Brody. The pressure is building for the disgraced soldier and playing both sides takes it’s toll as he slips his surveillance team with Mathison’s assistance. With fellow terrorist Roya Hamma, the CIA, his family, and his political ties pulled him in every direction Brody was hurtling towards what would surely be a climactic and satisfying end.

On tonight’s show fans can expect the further mental breakdown of double agent Brody. The pressure is building for the disgraced soldier and playing both sides takes it’s toll as he slips his surveillance team with Mathison’s assistance. With fellow terrorist Roya Hamma, the CIA, his family, and his political ties pulling him in every direction Brody is hurtling towards what will surely be a climactic and satisfying end.

Tonight’s episode is going to be another action packed one, which you won’t want to miss. So be sure to tune in for our live coverage of Showtimes’ Homeland Season 2 Episode 8 — tonight at 10PM EST! While you wait for our recap, hit the comments and let us know what you think of Homeland season 2, so far and check out the sneak peek video below!

Carrie’s at command central with Saul – they lost Brody 12 hours ago. There’s no terrorist chatter on the channels so they’re dead in the water wondering what happened. Carrie says he’s either operationally or physically dead. Quinn says if they bring in Roya, it’ll burn Brody if he’s still in play. Estes says to bring Roya in.

Abu Nazir drops Brody off and tells him if all goes well, he won’t see him again. He dons a ball cap and drives away in an SUV leaving Brody near a loading dock. Brody heads out at a run. He finds a diner and dashes in asking for a phone. The counter girl loans him their phone and he calls in to Carrie.

Brody tells Carrie to pull his family in. He tells her he’ll call her back in an hour. Carrie tells Quinn and Estes to call off Roya’s lift. She says he asked to get his family safe and that he’d call back. Saul said that’s a good sign and they call off Roya’s pick up. They ponder where to stash his family.

Mike turns up at Brody’s house and tells Jessica, Dana and Chris they’ve got to come with him somewhere safe. Ever the surly teen, Dana says it’s bullshit. She says if her Dad wants them moved, he can come explain it. He tells her it’s the CIA and he will take her out of there kicking and screaming if he has to.

Carrie’s outside Brody’s watching it go down. He calls in and asks where his family’s been moved to – she says they can’t discuss it on an open line. He tells her to meet him at the place they first met – not her office.

Max and Virgil are in someone’s apartment taking photos and poking around. In a shave kit, they find some odd gear. There’s a Polaroid photo of a woman and a baby tucked in a paperback. They snap a pic of that too and leave. The guys report back to Saul. It was Quinn’s apartment and they’re appalled at the way he’s living – like he’s ready to jam at any moment. And the stuff in the shave kit was a cleaning kit for a long range sniper rifle. The photo was Julia Diaz – a cop. Saul says to get him some info on her.

The Brody clan are dropped off at a swanky safe house with room service and all the amenities. Chris is thrilled because there’s a big screen in every room. Dana pouts. Will she stay put?

Carrie pulls up and Brody hops in her car. She tells him his family is safe in DC. He thanks her. Brody tells her he thought he was dead. She takes his hand and says she’s glad to see him. Brody tells him they flew west in the dark 45 minutes away. He tells her Nazir is there and planning an attack. She’s appalled.

Brody said they wired him to a car battery and he dared them to go ahead and kill him. Now he’s talking to Saul, Carrie and Estes. He said they left him there to stew and then Nazir comes in with tea. Nazir tells him they had to make sure he was committed to the mission – he reminds him Brody saved his life in Beirut.

Nazir said it was the will of Allah. Brody said the individual must decide. He told Nazir his will was breaking. Saul wants to know if he asked about him and Roya. He tells him he felt loyal to his wife and children. Nazir told him his wife and children have nothing to fear if he stays true. Nazir told him he wasn’t going to die cowering like Bin Laden. He tells them Nazir is going to hit a homecoming the next day where the VP will greet 300 returning soldiers. Brody’s job is to convince the VP to allow one reporter to cover the classified event: Roya. Brody says after they finished planning, he and Brody prayed to Allah together.

They leave Brody and discuss whether the plan is plausible. Carrie says the plan seems like textbook Nazir – killing that many soldiers who just got out of harm’s way would be poetic and make a huge statement. Carrie says they have to play it out because Nazir is in their sights.

Carrie comes in to tell Brody that he and Estes will brief the VP in the sitch, while leaving out Brody’s “deeper” involvement. He asks if she believes him and said that’s all he cares about right now. Quinn and Saul watch on the monitors.

At the CIA safe house, Chris and Jessica are playing cards. She sends him to set the table for dinner. Mike and Dana are having a “we hate Brody” pow-wow. She says she wishes he had never come back from the war – that it’s all gone to shit since he came back. Jessica comes in and listens.

Brody, Estes and the VP get together and fill him in on the Nazir group attack at the homecoming. Walden says they should cancel the event. They ask him to go through with it. They tell him they think Roya’s working with Nazir and he’s shocked. Estes tell him she’s the delivery mechanism for the attack and will also film and broadcast it around the world.

Brody calls Roya and tells her she’s in. She asks how. He tells her he told Walden he wanted him to announce him as his VP candidate at the event and wants coverage of it. Roya tells Brody he needs to be sure to be near her. The CIA’s listening in and decide it will be a bomb and that she was telling him how to avoid the blast radius.

Virgil slips Saul a slip of paper – looks like they found Diaz. At the safe house, they discuss sleeping arrangements. Jessica tells Mike to take the guest room and that she’ll keep the kid with her.

Saul shows up at the precinct to ask Diaz some questions. He shows her the pic of the Polaroid of her and her son. He flashes an IRS ID and asks about her baby Daddy. She says she hasn’t seen him since the baby was born. She tells him if there’s a problem with her taxes, he should send a letter. She asks him John’s last name (baby Daddy).

Diaz asks Saul how the IRS got the photo of her and her kid. She wants to know if something’s happened to John and what’s going on. She guesses that he’s not IRS. Saul tells her she can check his credentials. She refuses to talk. He leaves her there silent and upset.

Virgil’s watching Quinn at the command center. Saul tells him to keep an eye out because he’s going to get a call from his baby Mama any second. Sure enough, she calls Quinn (aka baby Daddy) and he asks her to describe him and tells her she did fine.

Quinn asks Carrie if she can cover for him while he leaves for 30 minutes to cover some personal shit. She takes over surveillance and he bails. Saul’s got a tail on Quinn who hopped a bus headed East. He hopped off the bus after ditching his jacket and adding a hat. He hops another bus headed the other way.

Max is still tailing him. At the next stop, Max does a drive by and sees him talking to someone on the bus and snaps some pics.

At home, Brody stares into the fridge. He eats and watches TV. At the safe house across town, Jessica lies awake. Wonder if she’s thinking about Mike? She’s up and headed to the guest room. Mike’s surprised by her impromptu visit. She drops her gown and hops in bed and goes to work immediately. For his part, he doesn’t hesitate a moment.

Quinn’s back at work and Saul finally shows up. Quinn asks where he’s been, says he looks bad. Saul says he’s just old. Virgil shows Saul a pic of the guy on the bus and he recognizes him as CIA. Daridol?

Next morning, the gang’s on high alert. They’ve got eyes everywhere. They’re watching the camera crew, Roya and all. At the safe house, the safe house monitor tells them they have clearance to make a short call to Brody. Chris tells him Mike’s there cooking breakfast – he asks if they can leave soon and his Dad says soon. He asks to talk to Dana. She refuses to talk to him. Jessica lies and tells him she’s still sleeping.

He tells her to tell Dana he loves her. She asks him what’s going on – he says it’s no big deal and things will get back to the way they were real soon.

Carrie’s in the watch van and sees Roya enter the restaurant where her crew is. Seems like they’re ordering breakfast. Estes tell Saul that Quinn’s wearing two hats today – for CIA liaising with FBI. An SUV pulls up in front of the diner and Carrie can’t see who’s in it.

Saul asks Estes if he’s running the op or is Darodil. He asks who Quinn is really working for and what his mission is. Estes says he’s there to kill terrorists.

Carrie reports that they’re switching out the camera batteries with something out of the SUV. She says they look like at least 200 pounds. They send the agents in to intercept. They nail the SUV and Carrie runs to see if it’s Nazir. The FBIs flip the guy they’ve got pinned and it’s not Nazir.

Brody gets into his limo and Quinn’s his driver, waiting with a silencer in hand. He’s about to off Brody! At the last second Estes calls him off and says that they still need him. Whoa! Nice last second twist!