Ian Terry: Who Is The Winner Of Big Brother? 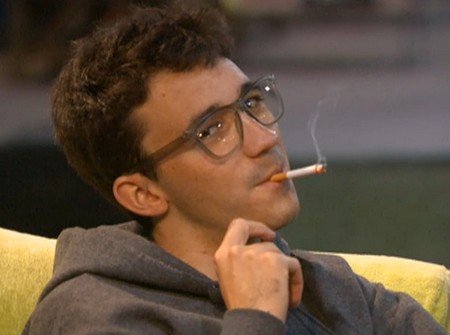 Ian Terry was considered a nerd and overly educated but guess who won Big Brother this season?  Yes, Ian did.  So I guess brains are not totally useless, even in Hollywood.  We followed Big Brother closely on Celeb Dirty Laundry this season and most us watching the final episode thought Dan Gheesling would win.  Of the final three, Dan Gheesling, Danielle Murphee, and Ian Terry, I preferred Ian.  I didn’t watch the show (life is too short) but once in a while it happened to be on TV when I was coincidentally in room.

From what I was able to discern Big Brother is like a sickly hybrid between Survivor and Jersey Shore.  It is painful to watch and even more painful to hear.  I have no idea why any cogent person would choose such drivel.  It’s neither funny nor engaging.  Big Brother is without educational value and the production values are absolutely bottom of the barrel.  Honey Boo Boo is National Geographic by comparison.

Nevertheless Big Brother remains popular.  So here is a blurb on your winner, Ian.

“From the CBS Big Brother 14 cast photo & bio of houseguest Ian Terry, one might suspect he’s a bit of a nerd… okay a LOT of a nerd. Well, they would probably be right. Ian Terry, originally from Pittsburgh, is a student at Tulane University in New Orleans studying chemical engineering, according to his LinkedIn profile.  Ian Terry lists his hobbies as “sleeping, bicycling, and television” and served as a Resident Advisor at Sharp Hall dorm at Tulane.”

There you go – all you need to know about Ian, perhaps even more.  As you can see in the pic the chemical engineering student is smoking – guess he doesn’t understand much of what he studies.