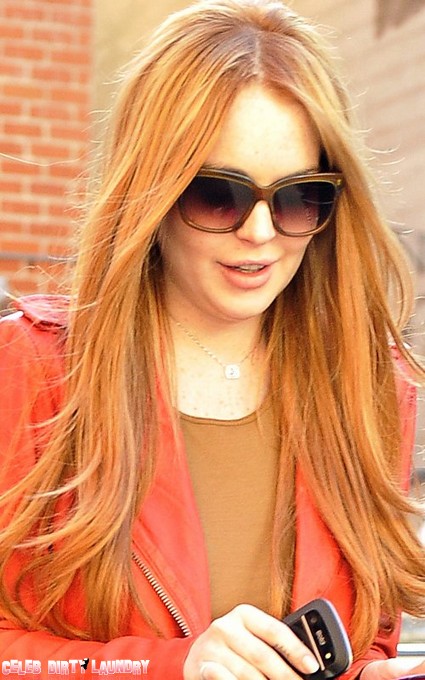 The so called Lindsay Lohan nightclub incident on the Sunset Strip has taken another major twist. First LiLo was accused of pushing and shoving a woman. Then the actress hit back saying she was at home on the night in question. Now a witness has come forward saying he broke up the fight involving Linds. It’s a case of she said, she said and then he said.

According to TMZ... a man who was working at the Standard Hotel last Thursday night when the alleged brawl happened swears black and blue that the actress was there partying in the Smoke and Mirrors club within the hotel. How does he know? He stepped in when things got heated between Lindsay and her supposed victim Marisa Dugas.

This staffer  – who’s spoken to the LAPD – says there is surveillance video from the night. It doesn’t cover what happened inside the hotel but it contains footage from out the back. He reckons it shows where LiLo pulled in and later left. That would be proof she was partying at the venue. The only trouble is the hotel isn’t handing over the crucial piece of evidence. Three Police requests have been refused. That’s got many asking why?

The former jailbird is adamant she was at home in front of the telly that night watching Homeland and wants to take the victim to the legal cleaners for insinuating otherwise Lindsay Lohan Calls In The Cops To Investigate Lindsay really needs to prove her innocence after finally getting off formal probation. Remember what the Judge said – you need to stop nightclubbing and concentrate on your work.